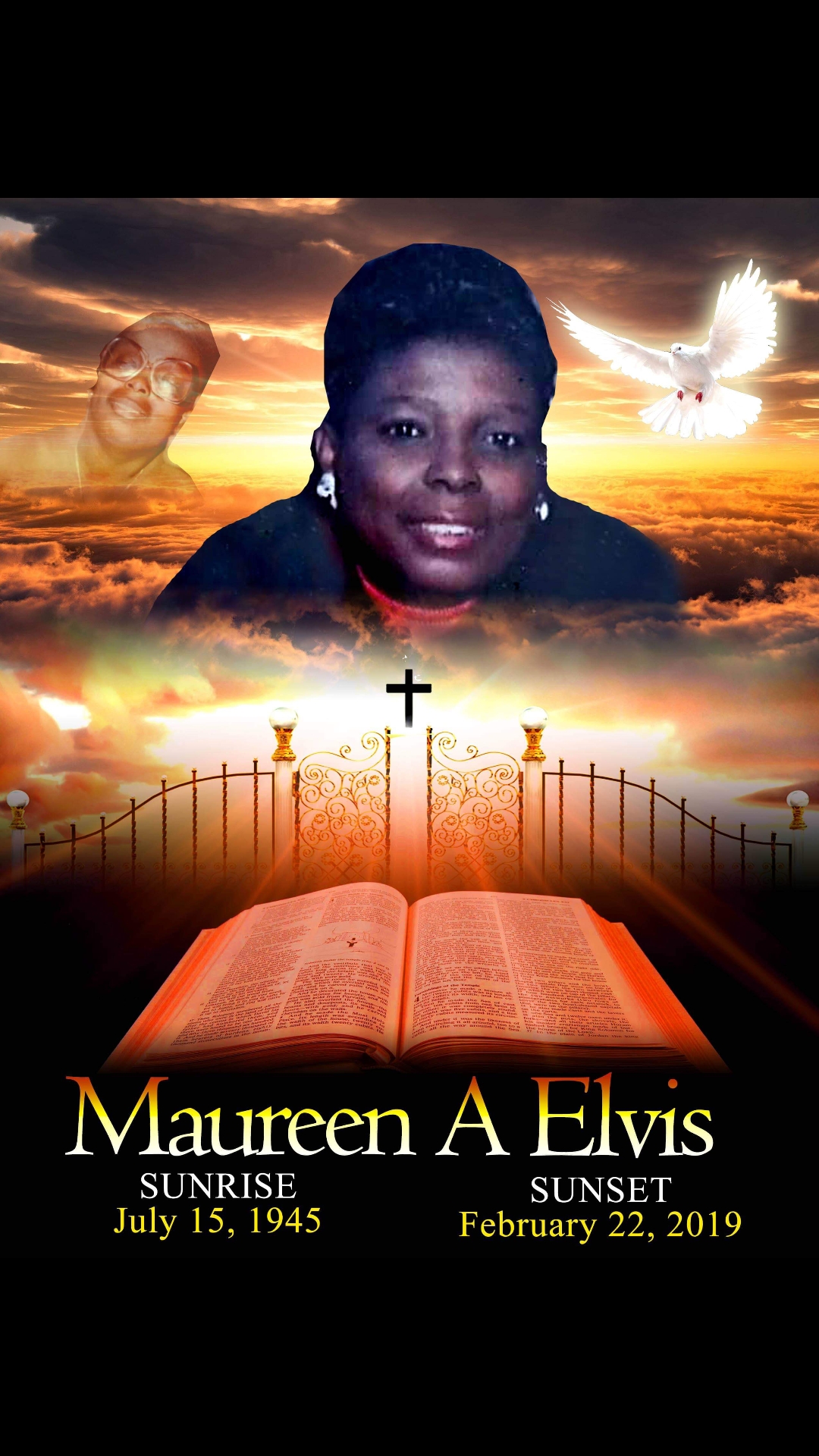 Maureen Anne Elvis was born on July 15, 1945. She was the daughter of the late Albert Elvis and Joyce Elvis née Joyce Hall. She attended Tutorial High School in Georgetown, Guyana and was a member of St. Mary’s Church of the Immaculate Conception (Brickdam and Camp Street, Georgetown). Maureen came to the United States in the late 1960’s and resided in Brooklyn and Queens New York for over forty years before relocating to Georgia. Maureen attended St. John’s University in Queens, New York and graduated in 1979. She was a Real Estate Broker and CEO of Maureen A. Elvis Realty. She owned and operated her own Temp Agency in Queens, New York as well. Maureen organized transportation through her ministry (Maureen Elvis Ministries) for youth, seniors and the disabled. She facilitated trips to numerous states over the years. Maureen was misdiagnosed in 1996 and officially diagnosed with Multiple Sclerosis in 2000. She withstood this illness with grace and a firm resolve to live her life to the fullest. She was a strong supporter and member of the Multiple Sclerosis Society and Multiple Sclerosis Foundation. Maureen loved cooking, travelling, and spending time with her sons. She took the initiative of spearheading many family gatherings and reunions. She was an avid sports fan of the Brooklyn Nets, New York Mets and the New York Jets. She is survived by her two loving sons, her eldest son Gary Boyce and Michael Elvis-Conner, brothers Anthony Elvis of Ocala, FL and Maurice Barrow of Johannesburg, South Africa, granddaughters Brilyn, Gemmaure, and Zuri, nieces and nephews, and a host of family members and friends. She had one sister, the late Andrea Barrow. Maureen Anne Elvis will be forever cherished and missed by all of her loved ones.