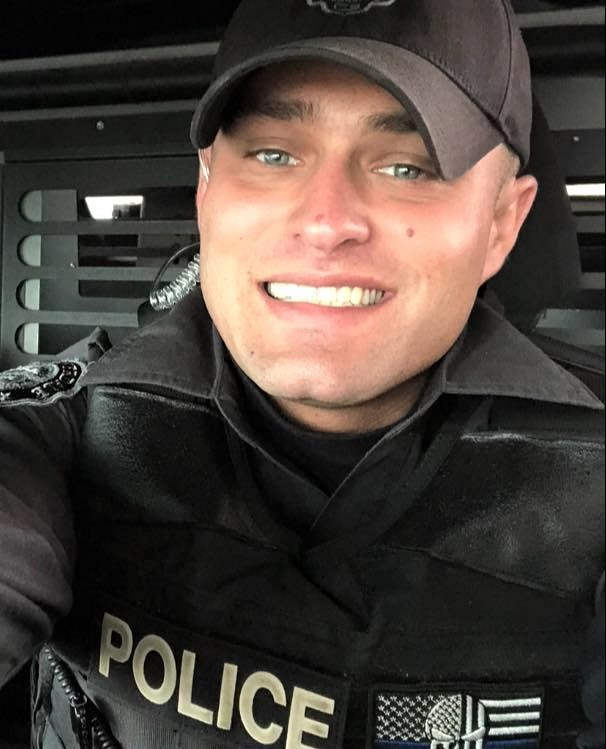 Maxim Joseph Kalkstein Maxim Joseph Kalkstein of Stone Mountain, Georgia, died unexpectedly on December 22 in Cummings, Georgia. A decorated officer in the US Army and a sergeant with the Riverdale, Georgia police, he was 31. Max was born April 7, 1987 in Boulder, Colorado. He spent most of his childhood in Mystic, Connecticut, graduating with honors from Robert E. Fitch High School in Groton, Connecticut in 2005. He earned a bachelor’s degree in political science from the University of North Carolina, Pembroke, in 2010. He was an outstanding student athlete who excelled at several sports, foremost among them lacrosse. A four-year varsity letter winner in that sport, he was nominated to Connecticut Super Juniors, a juried selection of the state’s top lacrosse players; and served as Fitch High School lacrosse team captain in his senior year, among many other honors. St. Andrews Presbyterian College in Laurinburg, North Carolina recruited him as a player. He started on the Division II team for two years and was named a Top 10 X-factor player nationally by U.S. Lacrosse magazine. Max was a natural leader who inspired others through an exceptional combination of humor, charm, bravery and compassion. Committed to a career in public service, he transferred to the University of North Carolina, Pembroke, to enroll in its U.S. Army R.O.T.C. program. He was commissioned a Second Lieutenant in 2010 and rose to Captain. Deployed to Afghanistan in support of Operation Enduring Freedom, he was a company commander at the time of his death. He was awarded the Joint Commendation Medal, Army Commendation Medal, Army Achievement Medal, National Defense Medal, Army Reserve Achievement Medal, Afghanistan Campaign Medal, Military Outstanding Volunteer Service Medal, Army Reserve Mobilization Medal, NATO Medal and Royal Kingdom of Belgium Remembrance Medal (Foreign Award). Max joined the City of Riverdale Police Department in 2014. As a sergeant, he remained dedicated to the cause of public safety despite working long hours under difficult and dangerous circumstances. He pledged his life to others in ways large and small, whether it was working with troubled teens in Connecticut and North Carolina, or spending time with a friend disabled in the line of duty. His love of animals led him to fulfill a childhood dream of becoming a K-9 handler. In addition to his father Joshua Kalkstein and stepmother Laura Beach, he is survived by his twin brother, Air Force Staff Sargent Trevor W. Kalkstein and his wife, Elyssa; his sister, Aleta Kalkstein; his uncles and aunts Julian Kalkstein and his wife, Helene Fromm; Bridget Minor and her husband, Robert; and Mike McCabe and his wife, Erica; his cousins, nephews and niece. He was predeceased by his mother, Maureen McCabe; his uncle Patrick McCabe, and his grandparents. Services will be held on Friday, December 28, 2018, 12:00 p.m. at Wages & Sons Funeral Home Stone Mountain Chapel. The family will accept friends from 11:00 a.m. to 12:00 p.m. In lieu of flowers, contributions in Max's honor may be made to WWW.Healing4Heroes.org.