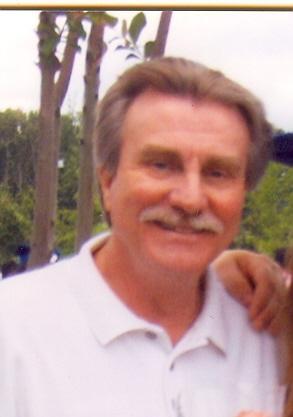 Henry Thurman Meeh, age 59, a resident of Lawrenceville, Georgia, for the past 12 years, died suddenly on July 13, 2012. Known affectionately as "Buster" to family and friends, Mr. Meeh was born on July 15, 1952, in Columbia, South Carolina. He graduated from Irmo High School in South Carolina and from Averett College in Danville, Virginia, with a Bachelor's degree in Business Administration. He proudly served his country as a member of the United States Navy from February, 1971 to December, 1974. Buster was a loyal and faithful employee of Norfolk Southern Railway for 32 years and most recently worked as Manager of the Weigh Billing Department. Always the "life" of the party or any social gathering, he never met a stranger. He will be remembered for his friendliness, his magnificent sense of humor, and his love of a good joke or prank. He was both liked and loved by all who knew him, and there were no limits to his kindness, compassion, and generosity. His heart was truly golden. An avid fan of the University of South Carolina Gamecocks, football season will not be the same without him. A man of unquestionable character and integrity, he was honest and trustworthy and possessed values that earned him the admiration and respect of all who knew him. He was a loving husband, father, son, brother, and friend. Buster was also a great American who was passionate about his country and was intellectually aware and knowledgeable of current, political, business and, cultural events impacting our world. Left to cherish so many wonderful memories of Buster are his loving and devoted wife of 28 years, Donna Smith Meeh; his son and buddy, Chadford Thurman Meeh; his daughter and Daddy's girl, Shannon Elizabeth Meeh, all of Lawrenceville, Georgia; father, Frederick Paul Meeh, Sr. of Chapin, South Carolina; brother, Frederick Paul Meeh, Jr., of Columbia, South Carolina; sisters, Karin Elmgren Huusko Michael and Dolly Meeh, both from Chapin, South Carolina; sister, Carol Elmgren Hollingsworth of Irmo, South Carolina; sister, Chris Elmgren Ruffin Ron, from Gatesville, Texas; mother-in-law Clarace Parker Young of Gainesville, Georgia; a number of brothers-in-law and sisters-in-law, nieces, nephews, and special friends. Preceding Mr. Meeh in death were his mothers, Nellie Joyner Fisette and Dorothy Britt Elmgren Meeh, and his great-niece, Winter LeNoir Bradberry. Wages and Sons Funeral Home in Lawrenceville is in charge of the arrangements. A memorial service to honor and celebrate Buster's life is scheduled for Tuesday, July 17, at 1:00 p.m. at the funeral home at 1031 Lawrenceville Highway. Visitation with the family is scheduled for Monday evening from 6-8 p.m. at the funeral home. The family suggests memorial gifts in Buster's honor be made to the American Diabetes Association