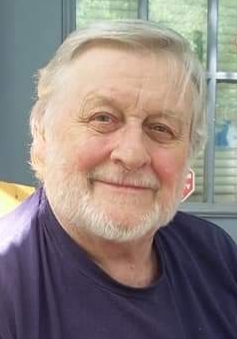 Melvin D Miller, 85, of Stone Mountain, GA passed away May 22, 2021 peacefully at home surrounded by his family. He was a loving father, grandfather, and great-grandfather and loved all animals, especially his dogs. Born on July 1, 1935 to William Miller and Laura (Delpierre) Miller in Patton, Pennsylvania. He attended Patton High School were he played varsity football. After graduating in 1953 he joined the United States Navy and was stationed in California and Guam. He married his high school sweetheart Patricia Burkhart in 1956 and they had five children. After the Navy he attended business school in Altoona, PA where he received a degree in accounting. He accepted a job with Westinghouse in Pittsburgh, PA and then with U.S. Steel Corporation where he and his family transferred to Atlanta, GA in 1969. Upon leaving U.S. Steel he went on to become a branch manager at Engineered Plastics, Inc. Several years later he started his own plastic fabrication business, M & M Plastics, with his son Don Miller. He owned and operated M & M Plastics for over 20 years until he retired. During his life he enjoyed spending time with his family, deer hunting, raising his dogs, and watching football games, especially the Pittsburgh Steelers. He is survived by his son Mark D. Miller of Stone Mountain, Ga,, daughters Vicki M. Green of Snellville, Ga., and Sandy L. Allen (Ricky) of Cartersville, GA., 9 grandchildren, 15 great-grandchildren, and 1 great-great-grandchild. He is preceded in death by sons Donald J. Miller of Stone Mountain, GA. and Mel A. Miller of Decatur, GA.