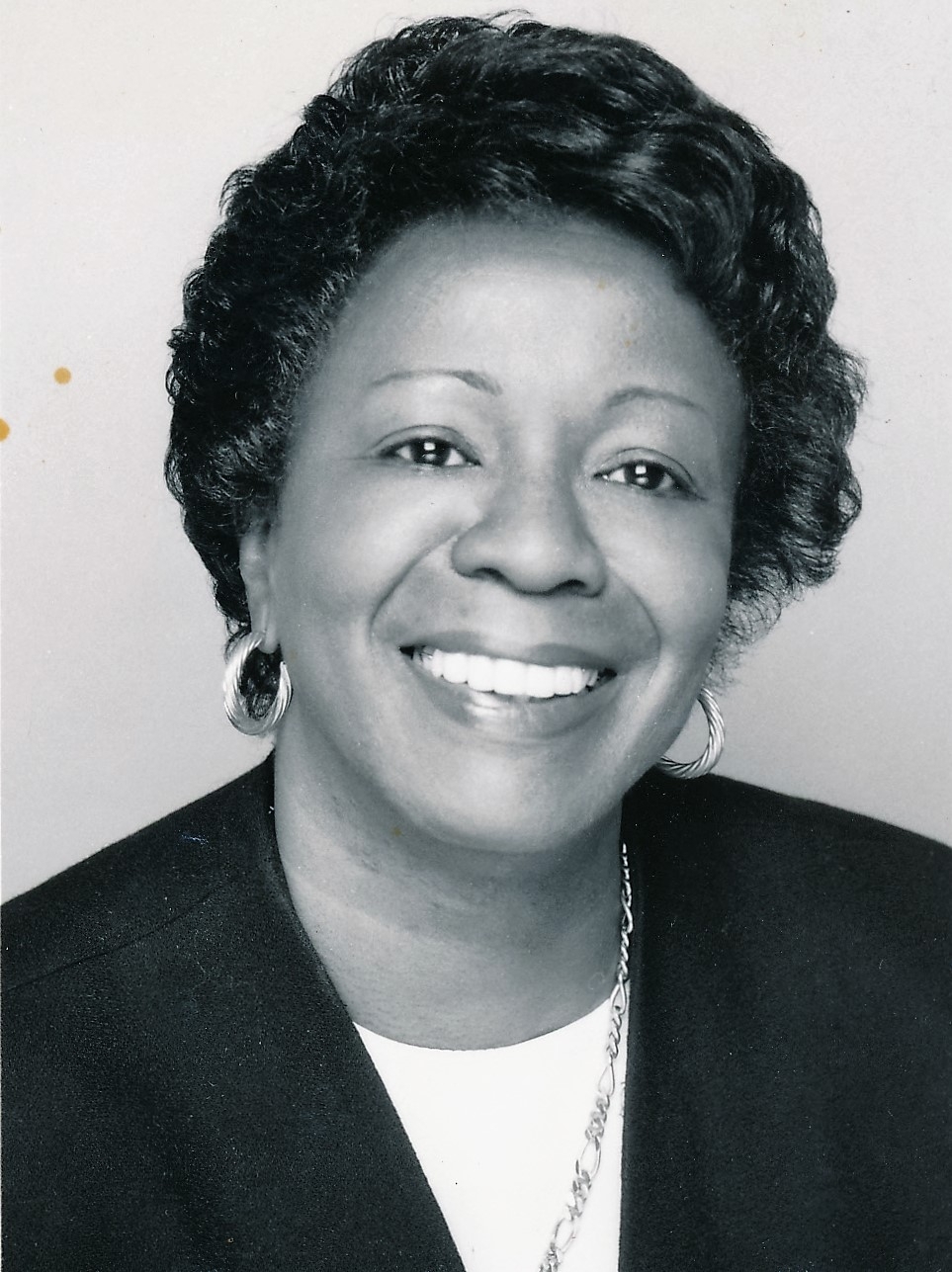 Nancy Fesson Hawkins, 74, of Stone Mountain, GA died peacefully in her home of congestive heart failure on Saturday, August 22, 2015. Nancy was the oldest of four children born to the late William Fesson and Geraldine Keith of Dayton, OH. She was preceded in death by her parents; her sister, Cynthia Fesson; and her husband, James (“Jim”) McArthur Hawkins. Ms. Hawkins was a lifelong civil servant having worked in municipal, state and federal employment during her career. After graduating from her beloved Spelman College in 1963 with a degree in physical education, she began pursuing a Master’s degree at Central State University in Wilberforce, OH. She worked for the City of Dayton as a recreation director during the summer. It was there that she met her future husband, the late “Jim” Hawkins, also a recreation director for the City. In 1967, the adventurous Nancy Fesson traveled to Phuoc Vinh, Vietnam to serve her country as the Civilian Club Director at the first service club in Vietnam for the U. S. Army’s 1st Infantry and Aviation Division. While in Viet Nam, she learned to pilot airplanes, sky dive, and shoot firearms. After returning from Vietnam in 1968, Nancy continued working on a graduate degree at Central State and supported herself by working as a graduate assistant. She graduated in June of 1969 with a Master’s degree in Education. In August of that same year, she married the love of her life and husband of 37 years, James McArthur Hawkins. From 1969 to 1970, Nancy worked as a state Mental Health Educator in Lexington, Kentucky and as Director of the Neighborhood Youth Corp in Dayton from 1970-1972. In 1972, Nancy was hired by the U. S. Department of Labor (USDOL) as a Federal Representative in the North and South Carolina Regional Offices. Over the next 36 years, she worked for USDOL in various positions including Program Development Evaluation Specialist and Director of the Equal Employment Opportunity Program in the Carolinas. In 1980, she moved to Seattle, WA where she served as Deputy Associate Regional Administrator. Two years later, she later made a lateral transfer to Atlanta, GA where she remained for the duration of her career. While in Atlanta, Nancy worked in various positions including Program Analyst for Job Corp, Supervisory Contract Compliance Specialist and Supervisory Manpower Development Specialist. Nancy retired in 2006 as Regional Director of the Office of Adult and Discretionary Programs after 36 years of dedicated service. Nancy was highly-regarded in federal service for her knowledge, professionalism, leadership, and for mentoring the young professionals who worked for her in federal service. She received numerous honors and awards from state departments of labor and from the U. S. Department of Labor for her service to American workers. Although she was firm, she was fair and had a big heart. Nancy loved Spelman College and she participated in as many Spelman activities as possible. At Spelman she acquired mentors, lifelong friends and first became involved in the Civil Rights Movement. She and friend, Julie Hunter, established the first Young Adult Chapter of the NAACP on Spelman’s campus. She was a Life Member of the National Alumnae Association of Spelman College (NAASC) and a member of the Atlanta and Stone Mountain Chapters. Over the years, she served as President of the Atlanta Chapter, Alumnae House Board Member and Assistant Treasurer, Southeast Regional Coordinator and Historian of NAASC. Nancy was one of the first women Trustees of Mount Moriah Baptist Church in Atlanta and The Olivet Church in Fayetteville, GA where she is also recognized as one of the founders. She was a renaissance woman who excelled at whatever she endeavored. She was a pilot and a photographer; she loved the arts, theater, traveling and reading. An avid sports enthusiast, she swam, played tennis, golf, and bridge. She was a beloved manager and mentor to many young adults, especially young African American professionals in the federal government. She was a friend to many especially her beloved Spelman sisters and her sisters in the Water’s Edge, East Lake and Les Elegance′ bridge clubs. Nancy loved her family and was their strong, loving, supportive, and inspiring matriarch. Nothing delighted her more than celebrating the holidays with Jim, Renee′, Reginald, Christian, “R.J.”, William (“Billy”), Keith, and in later years, Christian’s wife, Katie. Her “babies”, Christian, Jr. (“C.J.”) and Mahlanie brought her much joy and love. Nancy leaves to mourn her passing and celebrate her life a loving daughter, Renee′ (Reginald) Anthony, Mableton, GA; brothers: William Fesson, Washington, D.C., and Keith Willis, Columbus, OH; grandsons: Christian (Katie) Ryans, and Reginald Anthony, Jr.; great grandchildren, Christian Ryans, Jr. and Mahlanie Ryans; aunt, Evelyn Fields and uncle, Kenneth Keith, both of Dayton, OH; godchild, Frankye Riley, Durham, NC; devoted friends, Julie Hunter, Margate FL and Lonnie Neely, Memphis, TN; and a host of other family and friends. She will be sorely missed but forever loved and remembered.