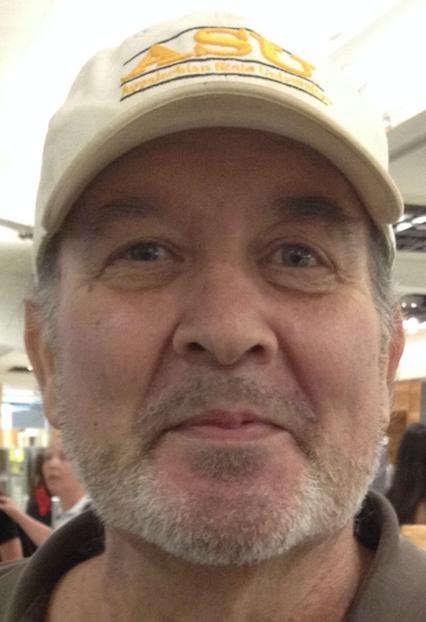 Nolan Blake Griffin Jr., 60, died Saturday, November 14th, at Eastside Hospital in Snellville. He was born September 22nd, 1955, in Atlanta, Ga. to Nolan and Nell Griffin. He graduated from Stone Mountain High School in 1973, and attended Georgia State University, where he was an active member and president of the Kappa Sigma fraternity. Blake was a painter, paperhanger, artist, and devoted father. A lover of history, cinema, and television, he was a natural storyteller. Blake was a lifelong follower of football, and combined his love of the sport and his artistic abilities to create banners, signs, and megaphones for Brookwood Football for many years. He was a Georgia Tech fan, and the owner of many hats. Blake is survived by his two children, Drew Griffin, of Tallahassee, and Anna Griffin, of Kennesaw. He is also survived by his sister, Nola Herren, of Sugar Hill, his mother, Nell Griffin, of Cumming, and his brother, Brent Griffin, of Cumming. The family is accepting flowers. However, if you would like to make a donation in lieu of flowers, the family requests that donations be made to the American Heart Association. A visitation will be held at 6 p.m. on Tuesday, November 17th at the Wages and Sons Funeral Home in Stone Mountain, Ga. The funeral service will be held the following day, November 18th, at 2 p.m. in the same location. A graveside service will follow.