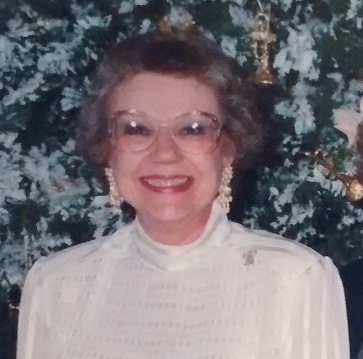 Patricia Anne Balaban passed away Wednesday, October 18, 2017, from complications of Lewy-body dementia. Preceded in death by her parents and three husbands, she is survived by her only child, her daughter Lyn Polkabla. Born April 23, 1930, in Cleveland, Ohio, to Catherine Custer and Samuel Bortz, Pat was their only child. One of Pat’s first jobs was coloring B&W portrait photographs before color prints were commonly available. She worked for several years as the social and farm reporter for a radio station in Indian River country Florida. One of the first 3 women hired and trained by the Fort Pierce, Florida police department, she enjoyed working as a dispatcher. Trained like all rookies by the FBI, she was uncannily accurate in shooting with both her service-issued and personal weapons. Later, after moving to Atlanta, Georgia, she was hired to create and then manage the data processing publications library for Honeywell’s Southern Region. She held that position for 20 years. Bored after retiring, she worked for another 20 years for the US EPA Southern Region in the Superfund Branch as an Information Technologist supporting their work of cleaning contaminated sites. Fascinated by that work, she took all 3 levels of toxicology classes as well as a class in groundwater plumes. She joined their geology club where she and her daughter enjoyed the meetings and field trips. In 1996, she worked in security when the Summer Olympics were held in Atlanta. Pat loved her cats, reading, watching movies, and listening to music especially the American songbook, jazz, and classical. Friendly and kind-hearted, she loved socializing with her daughter and friends. Holidays were always an open house with food, family, and fun. With a witty, impish sense of humor, she loved to laugh and viewed life as a grand adventure. She will be deeply missed by her daughter and friends.