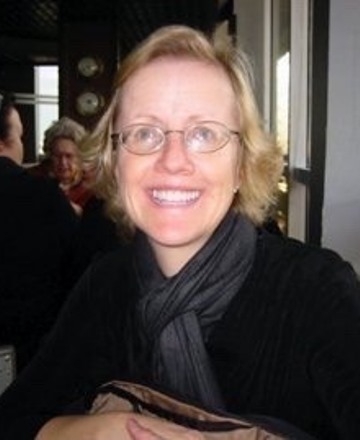 Priscilla Ann Vaughn (Stahli), age 55, left us on December 28, 2015. She resided in Lawrenceville, GA. Priscilla is survived by her husband, Robert B. Vaughn (Lawrenceville, GA), son Jacob (Lawrenceville GA), and sisters Amy Wanus and Josette Dudle. She is preceded in death by her parents Richard and Janet Stahli, and her sister Mary Cush. Priscilla was born on November 5, 1960, in Saint Marys, PA, to Richard and Janet Stahli. The family relocated to Johnsonburg, PA and then to Prattville, AL where she attended junior and senior high school. Priscilla graduated class valedictorian (1978) from Prattville H.S., and then from the University of Birmingham (1982) with a nursing degree. She married her high school sweetheart 2nd LT (USAF) Robert B. Vaughn (RB) in 1983. Priscilla and RB lived in various duty stations while RB was in the Air Force and then settled in Lawrenceville after RB went to work for Delta Air Lines. Priscilla will be remembered for dedication as a wife, mother and friend. Besides her many talents and interests, she was an avid knitter, and many friends still have, use and cherish her hand made gifts. In lieu of flowers the family requests donations to https://newdirectionsforautism.org Visitation is Saturday Jan 2, from 1800 to 2000. At: Wages and Son Funeral 1031 Lawrenceville Hwy Lawrenceville, GA 30046 770-277-4550 Service is Sunday Jan 3, at 1400. Same location as visitation. Burial is Tuesday Jan 5 at 1300. At: Georgia National Cemetery 1080 Scott Hudgens Drive Canton Ga, 30114