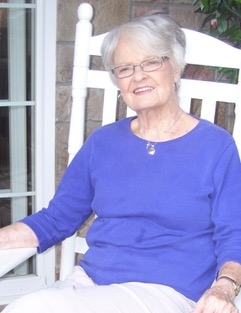 Regina Fox Donnelly, age 84 of Beaver Lake, NJ, Daniel Island, SC and Lawrenceville, GA died December 14, 2017. Regina was born on December 8th 1933 in Newark, New Jersey to the late Frederick and Regina Fox. Regina was a graduate of Caldwell College majoring in voice and music, where she was a classically trained mezzo soprano. Regina sang professionally for many years in the New York/New Jersey area both on TV and with the Princeton Pro Musica. Regina was also active in Catholic churches in her summer community, singing and directed many choirs until her passing. While managing a music career, Regina raised 5 children whom she is survived by; Regina and George D'Urso of Suwanee Georgia, Sean and Leslie Donnelly of Morrison Colorado, Chris and Molly Donnelly of Phoenix Arizona, Brendan and Lorraine Donnelly of Bethlehem Pennsylvania, and Patrick and Jodi Donnelly of Morristown, New Jersey. Regina also spent many years loving and caring for her 14 grandchildren during the summer months at Beaver Lake, NJ She was preceded in death by her husband Robert A Donnelly. She is survived by her sister Alice Daniels of Florida, sister-in-law Helen Fox Dallas, Georgia and Mel Fox of New Jersey. Funeral service will be held at Saint Lawrence Catholic Church, 319 Grayson Highway, Lawrenceville, GA 30046 on Friday, December 29, 2017 at 11:00 am. The family will receive visitors 30 minutes before the Funeral Mass. In Lieu of flowers donations can be made to Susan G. Komen Foundation