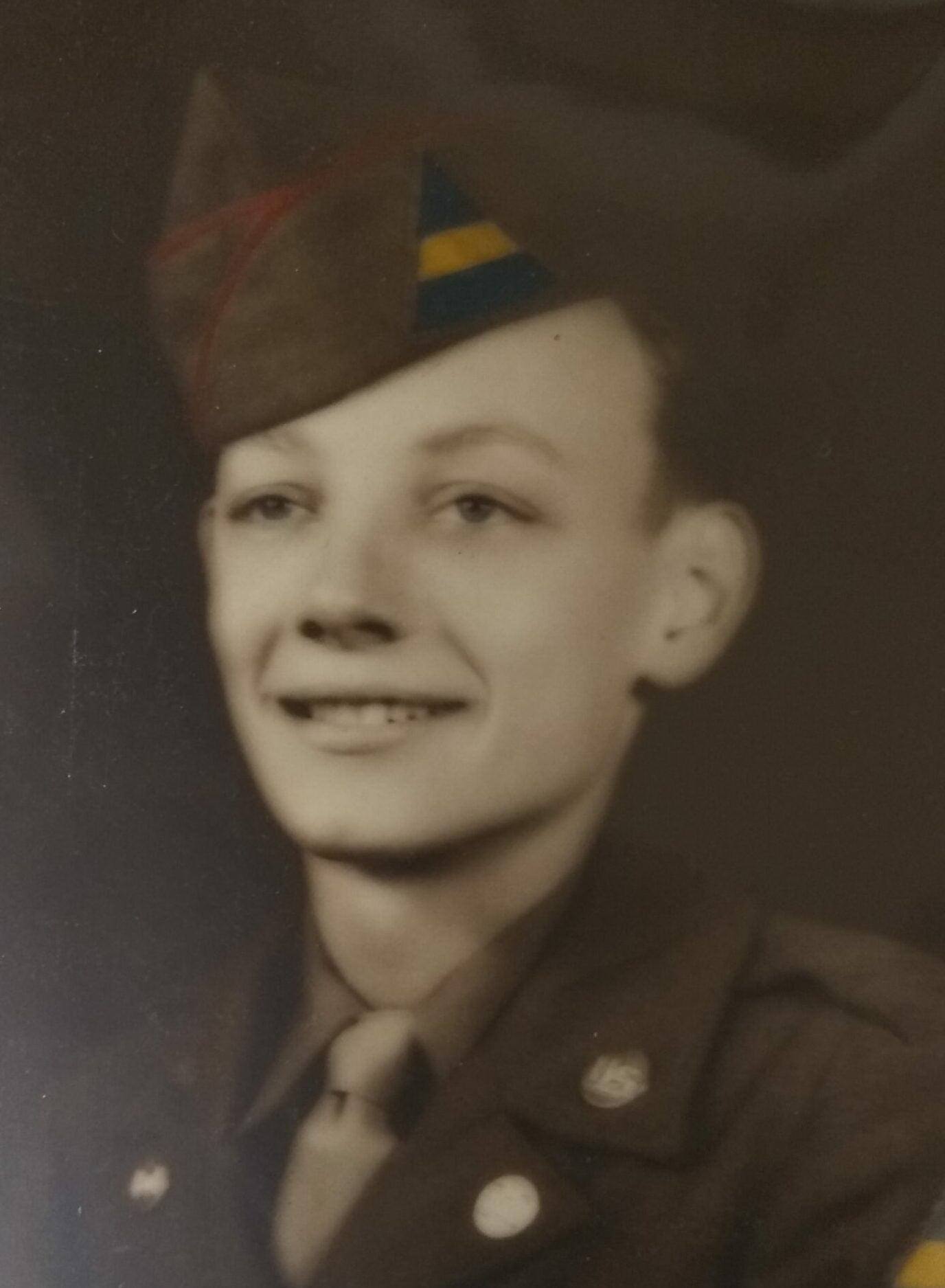 ROBERT BURTON BLAHNIK OBITUARY
1927-2021
Sept. 26 – May 22
Bob Blahnik was a WWII veteran, software entrepreneur, arborist, genealogist
raconteur, and amateur historian. He was known for his independent thinking and
deep devotion to his wife Julia, his partner of 67 years in raising five children. He
passed away peacefully with family at his side at the age of 93.
Born in Green Bay, WI, Bob lived his early life in Oshkosh, the son of Robert
Ingersoll Blahnik, a freethinker of Czech descent who worked in management at a
lumber company, and Genevieve Eleanor Lamb, a registered nurse of distinguished
Irish Catholic heritage. The family moved to the Poncey-Highland area of Atlanta
when Bob was ten, and he quickly adapted to his new environment, befriending
neighbors, selling subscriptions to the Atlanta Journal and later working as
doorman at The Plaza Theatre. He attended Sacred Heart parochial school, Marist,
Bass Junior High, and Tech High before later earning a BBA from Georgia State.
He enlisted in the US Army in 1946 and was assigned to a new Universal Military
Training experimental unit. While at home on leave, he famously told the Atlanta
Constitution in a front page interview that he thought the experiment was “not too
good,” but he soon became an MP stationed on Governor’s Island outside NYC.
Years later he was appalled to learn that the military had sent a phony recorded
interview to the Atlanta radio station WGST featuring a Blahnik impersonator
raving about the program.
After his military service he returned to Atlanta and in 1950 married Julia Vinson
Stephens, a fourth generation Atlantan from a Catholic family of Irish descent.
They had met at a Knights of Columbus social. His younger brother Don Blahnik
married Julia’s younger sister Elizabeth later the same year.
In 1954, the family bought a new house in Tucker. While Julia focused on the
children, Bob served as a tireless provider, working in a series of demanding
installation and sales jobs related to auto parts inventory management, including
stints at Atlanta-based Bins & Equipment and Blackstock’s. This led in 1963 to
him becoming Southeastern regional sales manager for Detroit-based Automated
Systems International. The job kept him often on the road, but he called Julia every
night.
Such hands-on industry knowledge and his own enterprising nature led Bob to
become a pioneer in the computer business. In 1969 he taught himself the
computer language COBOL and formed his own company, Guide-On Systems,
whose carefully written code for automated inventory control for General Motors
dealers proved cutting edge. He beat back a baseless lawsuit from powerful Litton
Industries and ran the business for over three decades.
In 1971, he purchased forest land in Monroe County, GA, and built a cabin of his
own design. He raised goats, had ducks in the pond and horses in the pasture. The
farm became his nature refuge and a beloved gathering spot for extended family
members.
Genealogy and early Atlanta history proved a serious and rewarding passion of his
later years. As a guest at The Native Atlantans Club, Bob enjoyed relating stories
he had uncovered about Julia’s great-grandfather Michael Lynch, the owner of
Atlanta’s first book store and a loyal Unionist who sold tobacco to General
Sherman’s army, survived death threats and became one of the city’s largest
landowners who donated land to begin Oakland Cemetery. Bob had a historian’s
instinct for turning scattered facts into the stories of real people.
Robert Burton Blahnik of Tucker, GA was preceded in death by his dear wife Julia.
He is survived by his brother James Edward Blahnik of Birmingham, AL, and five
children — Elizabeth Mary Atkins (Loy) of St. Simons Island, GA; Robert Burton
Blahnik II of St. Simons Island, GA; Thomas Edward Blahnik of Stone Mountain,
GA; Jeannette Marie Fitzgerald (Stan) of Savannah, GA; and Patricia Ann
Hernandez (Manny) of Acworth, GA. Other survivors include two grandchildren,
Daniel Christopher Harrison and Tabitha Rachel Wiedower (Phillip), four great
grand-children, Andrew Kai Harrison, Mia Fei Harrison, Connor Robert Wiedower
and Mackenzie Brooke Wiedower, along with numerous nieces and nephews.
A special thank you to all the compassionate caretakers who looked after our
father’s every need.