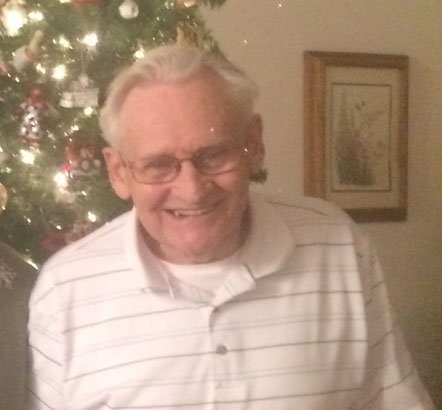 Robert (Bob) Lanahan, 88, of Lawrenceville, Georgia passed away August 28th at home. Bob was born June 18th in Beaver, Pennsylvania to Edward and Burnzetta Lanahan. He graduated from Beaver High in 1949 and later joined the Navy in July 1949 until May 1954. He came home to Youngstown where he attended college at Youngstown State University and worked at Youngstown Sheet and Tube until they closed. He continued to work in accounting for the rest of his career. He was preceded in death by his mother and father, as well as his sister Norma Kratzert. He will be deeply missed by his wife of 56 years, Patricia, and his daughters, Catherine Lanahan (Murphy) of Davenport, Florida, Barbara (Brian) Newell of Lawrenceville, Georgia and Marilu (David) Oliver of Suwanee, Georgia. He also leaves behind his brother, Richard of Cape Canaveral, Florida, his grandson, Stephen, and granddaughter, Caitlin, as well as several nieces and nephews in Ohio, Connecticut and Tennessee. Bob was a wonderful husband and a great father! He was an avid golfer and never missed a Braves game. He always had a good story to tell or a funny joke and enjoyed making people laugh and smile. He was well liked by everyone he met, and got to know those he worked with, lived by and saw on a regular basis. He enjoyed family get togethers and parties. He also enjoyed walking his dogs in the neighborhood. In lieu of a funeral, the family is holding a Celebration of Life on Saturday, September 1 at Marilu and David Oliver's home at 1446 Maple Ridge Drive from 4:00 – 6:00 p.m. Friends and family are welcome to come and share their memories of Bob. To RSVP or contact the family, please call 678-642-5202.