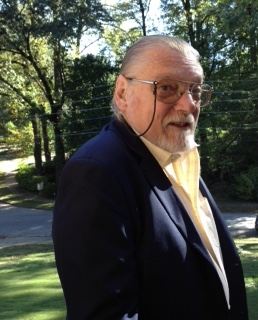 Robert Emmett Downey was 71 at the time of his death on December 7, 2017. He died peacefully at home in Decatur, Georgia; he had lived a full life. Born on August 31, 1946 in Philadelphia, PA to Charles and Isabel (Lynch) Downey, they later moved to Atlantic City where he grew up. In his teen years he spent his time working on the Million Dollar Pier running the rides. Robert always kept a special connection to Atlantic City and he was a life-long Philadelphia Eagles fan. Robert was a proud Vietnam Veteran where he served four tours of Duty. He continued to serve in the Army until 1979 when he was honorably discharged with the rank of Staff Sargent. Following his military service, he joined the US State Department and served the Africa Bureau spending time in Africa. His final assignment for the State Department brought him to Atlanta to serve as the African Policy consultant to former President Jimmy Carter at the Carter Center. Following his State Department retirement, he continued to consult for the US Government, The Us Army, private companies, and Texas Tech University. His career took him to all parts of the world including Turkey, Netherlands and Nigeria. Robert is predeceased by his parents and survived by his loving wife, Nneka Obata; daughter, Cassandra Downey Shellhorn, three grandsons, Zachary, Emmett and Pierce;