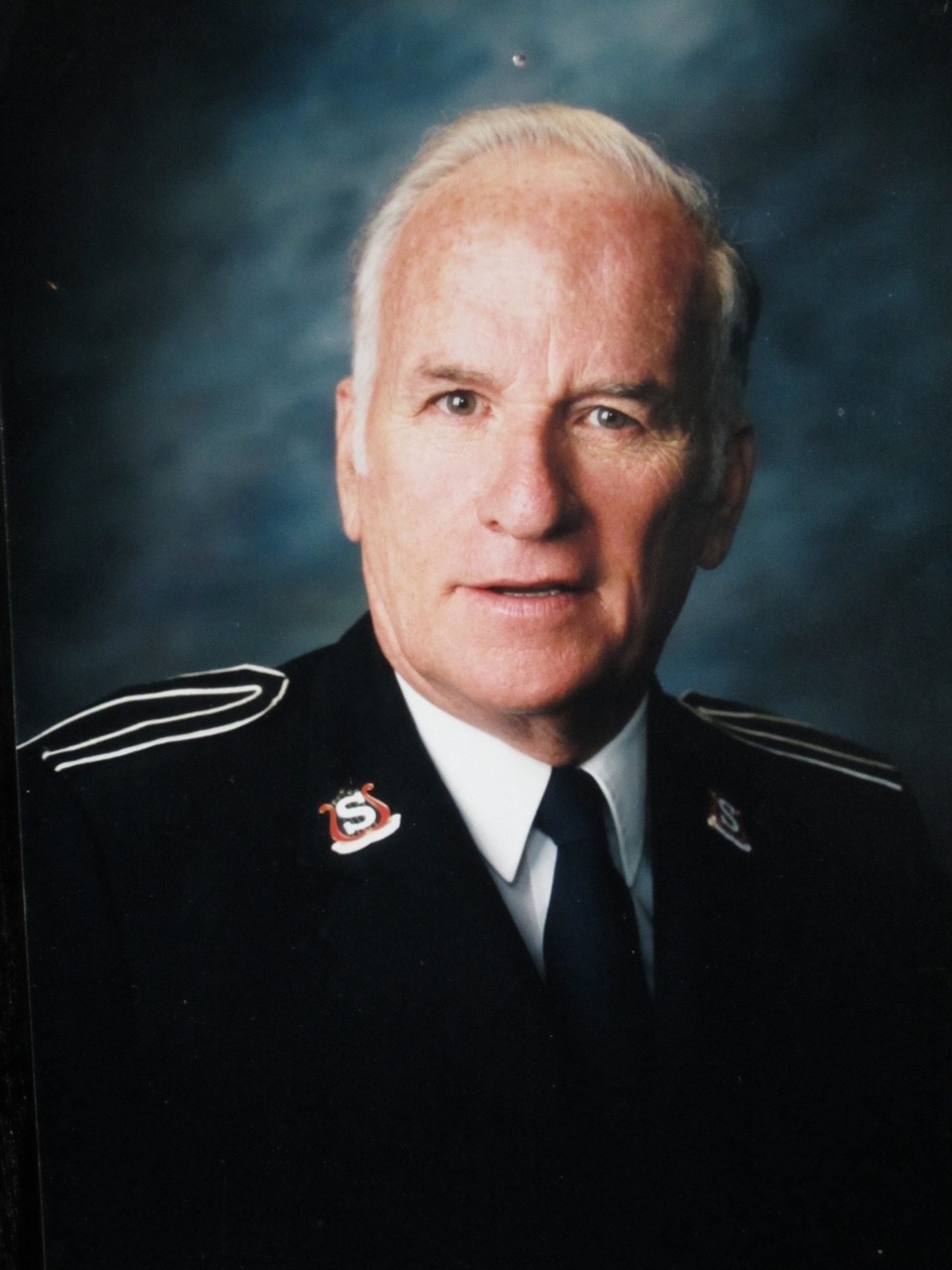 Robert Ernest (Bob) Bearchell was ‘Promoted to Glory’ on July 10, 2018, at the age of 88, from Lawrenceville, Georgia. The son of Salvation Army officers, Lt. Colonels Robina and Bill Bearchell, Bob was a third generation Salvationist. He and his twin brother, Auxiliary Captain William Ladlow Bearchell, were born on October 9, 1929, in New York City, New York. Bob dedicated his entire life to serving God through ministry in The Salvation Army. The first half of his career, he served as an officer in Delaware, Pennsylvania, New Jersey, New York, Ohio and Massachusetts in the USA Eastern Territory in various capacities: Corps Officer, Public Relations Director, Divisional Youth Secretary, Divisional Secretary & General Secretary. He loved all his appointments but was uniquely enthusiastic as Divisional Youth Secretary, known for his creativity in programming and running Salvation Army summer camps. Always on the move, Bob was known to show up at a disaster in a SA canteen to serve victims and responders; show up in the freezing cold with his cornet to relieve his fellow officers on a Christmas kettle or show up at dawn to see one of his youth off to serve in Vietnam. In 1977, Bob moved to the USA Western Territory to be Community Relations Director and also took on some divisional assignments. He taught public relations classes at the training school; organized countless SA events and programs; recruited celebrities to support the Army; and especially enjoyed promoting the ‘New Frontier’ USA West newspaper publication - all while serving as local officer, bandsman and advisory board chair at his home corps. In his ‘spare time’, he loved working with the men & women of the Adult Rehabilitation Center programs and advisory boards. In retirement, he continued his service working as a development consultant in the Northwest Divisional Headquarters in Seattle, Washington. Endearingly known by many as ‘Uncle Bob’, he had a huge heart for people of all ages and made everyone feel welcomed and respected. Bob enjoyed world history, ‘pre-owned’ cars and loved music. He played solo horn for the New York Staff Band in the early 1960’s, and he would play any instrument needed in countless other Salvation Army bands. He loved his family and was proud of his children, their lives and accomplishments. He moved back to the east coast at the end of his retirement to be closer to them, and to get to know his grandchildren and great grandchildren. They affectionately called him ‘GGB’ (Great Grandpa Bob). Bob is survived by his four children: David (Karen) Bearchell of Lawrenceville, GA, Bob (Gillian) Bearchell of Quincy, MA, Deborah Bearchell of Bowie, MD and Bill (Paula) Bearchell of So. Windsor, CT; seven grandchildren; seven great-grandchildren; and many cousins, nieces, nephews and friends. He was pre-deceased by his parents, Lt. Colonels Robina and William Bearchell; his brother, Aux-Captain William (Grace) Bearchell; and older sister, Jean Jessamine who died at birth. A Celebration of Life gathering will be held on August 3, 2018 from 1:00 – 3:00 pm at The Salvation Army Old Orchard Beach Corps: 2 Sixth Street, Old Orchard Beach, ME 04064. The committal service will be held at Kensico Cemetery in Valhalla, NY at 2:00 pm on August 5, 2018. In lieu of flowers, donations can be made to The Salvation Army in your local community (or via the website: give.salvationarmy.org). Condolences may be mailed to: Debbie Bearchell 16212 Ellipse Terrace Bowie, MD 20716 OR emailed to: David Bearchell: ; Bob Bearchell: ; Debbie Bearchell: ; Bill Bearchell: