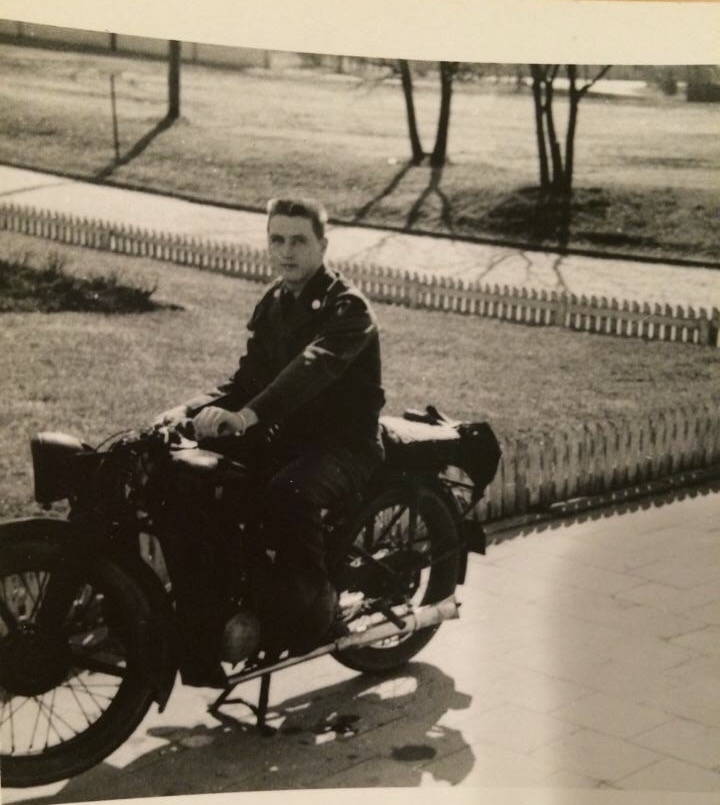 Robert "Bobby" Harris Price May 16, 1933 - June 25, 2017 He loved John Wayne, chocolate milk, chicken fried steak, coke floats, Clint Eastwood movies and classic cars. He was the type that could tell you the year, make and model just by hearing it coming up the road. He grew up on Josephine Street in Little Five Points, graduated from Bass High and met his wife riding motorcycles at the Cook n Chicken on Ponce de Leon Avenue. He wooed her away from a guy who raced Harleys and was married to her for 52 years. He was just that cool and charming. He was essentially a character from American Graffiti, another one of his favorite films. Goofy was his spirit animal. He called his daughters buddy and used to pat his youngest's back and tell her about Woody Woodpecker to try to get her to go to sleep. He loved the Braves and was quoted in the paper when they won the World Series in '95. He was a ballboy for the Atlanta Crackers and watched Jackie Robinson and the Brooklyn Dodgers play against them at Ponce Field at that famous exhibition game in 1949. He could tell a whopper of a story and once broke his toe trying to moonwalk like Michael Jackson. Anything to give his girls a laugh. He was an army vet of the Korean War, a firefighter, a Sheriff's Deputy, a U.S. Marshall and a liaison officer. He received an award for catching jewelry thieves who were armed with a sawed-off shotgun and nobody got hurt. He never met a stranger and embarrassed his wife and daughters by striking up conversations with them everywhere they went, but he also literally bumped into an old friend everywhere he turned. He is survived by his wife Barbara and daughters Sherlan and Kasey, his niece and nephew, Michelle and Joseph Murphy. He was an avid vintage collector and master thrifter. He was the last real cowboy and he was an extraordinary husband, father and friend and will continue to be loved and missed by all who knew him.