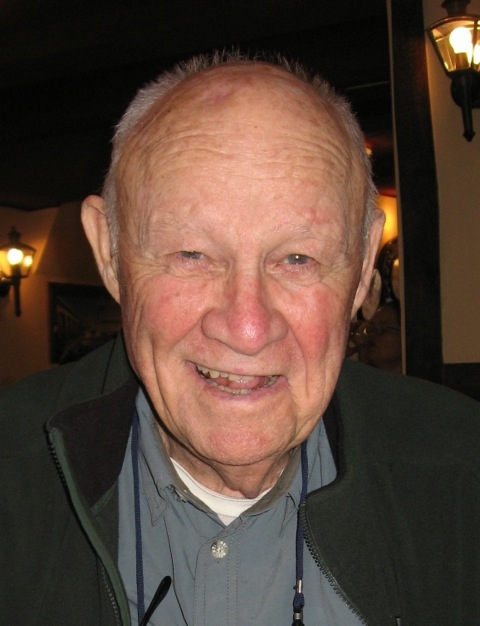 Robert (Bob) Paxton Day Sr. died on July 19 at age 93 at Park Springs Retirement Community in Stone Mountain, GA, near Atlanta. Bob was born on February 1, 1924, near Sondheimer, LA, one of ten children and the son of river levee contractor, Frederick William Boas Day. His earliest years were spent growing up in various levee construction camps his father oversaw along the Mississippi River. The Day family eventually settled on a farm outside of Walls, MS, where his mother, Cecilia Charlotte O'Donnell Day, reared their children after Mr. Day was murdered when Bob was nine years old. In school Bob excelled in sports, especially track, and graduated from Horn Lake High School, where he was elected Mr. Horn Lake and missed being valedictorian by 1 point. He briefly attended Mississippi State before enlisting in the Army Air Corps to support the war effort. He received his pilot wings on March 11, 1945, and the following day married Kathryn (Sissy) Jane Miller, of Memphis, TN. They were married for 63 years before her death in 2009. WWII ended before Bob saw combat, and he was discharged from the Air Force in late 1946. He returned to Mississippi State and received his BS in Mechanical Engineering in 1948. Bob's entire business career was with USF&G Insurance Company. He started as a safety engineer and progressed to Assistant Manager of the Memphis office. He also taught management classes in UT's night school. In 1973, he and Sissy pulled up stakes and moved to Sacramento, CA where he managed USF&G's office until his retirement in 1983. Subsequently, Bob and Sissy moved to Brandon, MS, where they lived for three years before moving to the Atlanta area in 2005 to be closer to their daughters. Bob was a frequent golfer until his mid-80s, but fishing was his lifetime passion. Some of his happiest times were spent on multi-day float and fishing trips, as well as on deep sea fishing trips to Florida. While living in Memphis, Bob and Sissy were instrumental in the founding of Christ Episcopal Church and the YMCA in Whitehaven. Bob embodied the finest traits of the "greatest generation": commitment, courage, steadfastness, and honor. His friends and family will miss the twinkle in his eye and his readiness with a quip. Bob is survived by his five children, Patsy Day of Jasper, GA, Robert (Amy) Day Jr. of Coloma, CA, Harriet Day (Shannon McNeal) of Atlanta, GA, Charlotte Day (Frank Smith) of Atlanta, GA and Suzanne Day (Michele Marson) of Sacramento, CA. He is also survived by his brother, Louis A. Day of Columbia, TN, his sister, Mary Ellen Hill of Walls, MS and numerous nieces and nephews. The memorial service for Bob will be held on Wednesday, July 26 at 11 a.m. at Bob's beloved church in the mountains, St. John's Episcopal Church, 542 St. John's Church Road, Franklin, NC 28734. The family will receive friends at a reception in the parish hall following the service. In lieu of flowers the family suggests memorials to St. John's Episcopal Church or the charity of your choice. Wages Funeral Homes and Crematories, Stone Mountain, GA is handling the arrangements for the family.