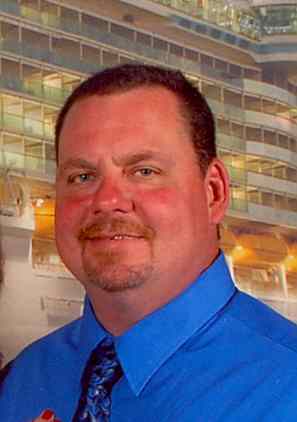 Kenny Lamar Roberts, age 46, of Dacula, Georgia passed away Thursday, September 15, 2011. Mr. Roberts is preceded in death by his sister, Brenda Kay Pattillo. He is survived by his wife of 24 years, Ann Roberts; son, Taylor Lamar Roberts; parents, Marvin & Betty Roberts of Lawrenceville; brother, Marvin "Pee Wee" Roberts and wife, Sara, of Buford; father-in-law and mother-in-law, Richard G. & Mavis Lammons of Lawrenceville; brothers-in-law, Gary Lammons of Lawrenceville and Ricky Lammons of Jefferson, and several nieces and nephews. Kenny was employed by Pierce and Pierce Millwork & Moulding for 10 years. A true craftsman he was! Kenny was the life of his family and never met a friend who didn't enjoy being around him. He was the best husband, dad, son, brother, and son-in-law. He will be missed and never forgotten. Kenny loved his sister, Brenda, more than life. She passed away in 1999. Kenny is with her now, and she will watch over him. A funeral service will be held at 2:30 pm, Sunday, September 18, 2011 at Wages & Sons Gwinnett Chapel with Rev. Mike Day officiating. Interment will follow at Gwinnett Memorial Park. The family will receive friends Saturday, September 17, 2011 from 2:00-4:00 pm and 6:00-8:00 pm at Wages & Sons Gwinnett Chapel, 1031 Lawrenceville Hwy, Lawrenceville, GA 30046, 770-277-4550. Online condolences may be expressed at www.wagesandsons.com.