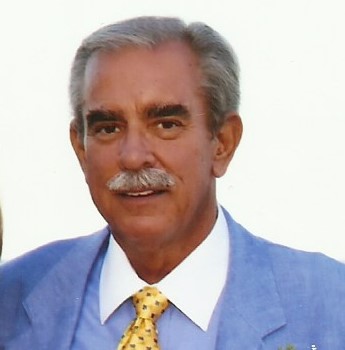 Ron Carman (80) of Dacula, GA, passed away peacefully at home on February 22, 2022.  He was born in Louisville, KY to Odie and Grace Carman.

Ron graduated from Southern High School in Louisville.  He attended Asbury College and graduated from the University of Louisville where he was President of Alpha Phi Omega Fraternity.  He began his career with General Electric where he worked his way from Management Trainee to Customer Relations Regional Manager, to Area Manager in Product Service.  He left GE after 21 years to work as an Area Service Manager at Montgomery Ward and later at Philips Consumer’s Electronics.  After receiving many promotions and awards, he retired from the corporate world in 2000.

Ron was most proud of his 24-year military career as a United States Army Reserve Officer, which ran concurrently with his demanding corporate career.  After serving as a Combat Medic, he received a direct commission.  He reached the pinnacle of his career as a Lieutenant Colonel and as the Commander of the 92nd Medical Battalion (Springfield, IL).  In November 1991 his unit was deployed to Saudi Arabia in support of Operation Desert Storm.  He was awarded the Bronze Star for his service.  Ron was a proud lifetime member of the American Legion and the VFW.   He was a volunteer for the 3rd Medical Command Family Support Group.  Upon retirement he found a calling to work at Rite of Passage, where he enjoyed mentoring troubled young people.

He was an avid antique collector. He loved all forms of the arts, especially theater and music, spending hours enjoying the Ken Burns’ documentary, “Country Music”.  He was a true country boy at heart and relished his wonderful memories of growing up on a small farm.   He loved taking road trips with Donna in his 1960 Bentley, vacations at the ocean, horseback riding, and spending time with his 10 grandchildren.  Ron was a man who always chose to do the right thing, rather than the easy thing.  Everyone who knew him loved and respected him and he will be greatly missed by his extended family, friends, and past co-workers.

Ron is predeceased by his parents, his brother, James Carman, his niece, Cheri Carman, and his precious daughter Jennifer Carman.  Ron is survived by his forever sweetheart, Donna Carman. Every day for 34 years he showed her the depth of his love.  He leaves at home, Jennifer’s wonderful children, Justin and Alyssa Lee.  He leaves behind his son and best friend, Jason Carman and his wife, Cecelia (Dede) of Lake in the Hills, IL and their children Benjamin and Grace; daughter, Rachel Walker, and her husband, Robert of Lithia, FL, and their children Peyton, Reid, Quincy, and Alec, and great granddaughter, Anais Britton; and his beloved stepdaughter Kristin Kelley, her husband James of Grayson, GA and their daughters, Sophia and Danielle.  He also leaves a large and wonderful extended family including his sister-in-law, Patricia Carman, niece Julie (Barry) Denton and nephew Jeff (Donna) Carman.

The family wishes to thank the staff at Aberdeen Place Hospice, especially Sheena and Jessie, and the Station #30 Gwinnett County firemen who came to assist Ron on several occasions.

Wages and Sons Funeral Home in Lawrenceville have been entrusted with the arrangements.   Rolling Honor Guard Services will be provided by the Patriot Guard Riders of Georgia. The Ride Captain is Rick “Claus” Hyman.  Services for Ron will be private.  In lieu of flowers, consider making a donation in Ron’s memory to the Patriot Guard Riders of Georgia at www.pgrofga.com or P.O. Box 2025, Toccoa, GA 30577.