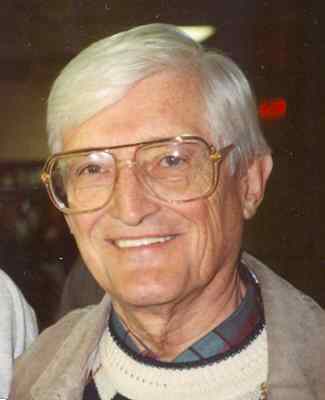 Roop, William George Bill Roop, age 90, of Lawrenceville, GA passed away peacefully on April 12, 2013 due to cancer complications. While getting progressively weaker during the last 4 months, he kept up his sense of humor. To quote Bill when asked how things are going, he responded, "Well, the first 90 years were great, but since then it's been a real pain". Bill was born in Illinois where he spent the first 42 years of his life. He met his wife of 64 years, Janet Lea Burke, while they were both working at a bank in Chicago. Jan passed away in 2007. While Bill was overseas serving our country during World War II, their daughter, Peggy Jean, was born. Peggy passed away in 1994. Bill was proud to be in the Army during those years. After his discharge, Jan and Bill were blessed with 4 sons: John David, William George, II, Richard Allen and Glenn Edward. In 1957, Bill and Jan joined Alcoholics Anonymous. He stayed active with this wonderful organization until his death. The people he met and worked with changed his and his family's life. The family moved to Georgia in 1965 when Bill took a position with McGraw Hill Publishing Company. He continued to work until his retirement at age 70. Bill is survived by 4 children and their wives John and Judy, Bill and Sue, Richard and Joice, Glenn, 11 grandchildren and 5 great-grandchildren. But just as important is the fact that Bill was surrounded by so many great friends. The proudest things in Bill's life were keeping his family together during all difficult times, his love for Jesus and the strong support he found in AA. A Memorial Service will be held at 3:00 P.M., Saturday, April 20, 2013 at Norcross First United Methodist Church, 2500 Beaver Ruin Road, Norcross, GA with Rev. Gary Dean officiating. Arrangements by Wages & Sons Gwinnett Chapel, 1031 Lawrenceville Hwy, Lawrenceville, GA 30046, 770-277-4550. Online condolences may be expressed at www.wagesandsons.com