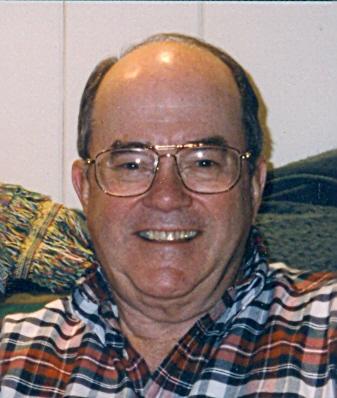 David Miller Ross, 83, passed away peacefully on July 5th in Stone Mountain, Georgia. He was preceded in death by his first wife, Morine Johnson Ross in 1991. He is survived by his loving wife Joan and his children Douglas Ross, James Ross, David Ross, William Jacquelyn Ross and Elizabeth David Barnett, his sister Emma Lou Dicken, and his 7 grandchildren. David was born in Wichita, Kansas to James and Ruth Ross. He moved to Evanston, IL with his family and graduated from Northwestern University in 1950. He earned his Masters Degree in Business Administration from the University of Chicago. He worked for Amoco Oil for 35 years and traveled the world extensively with his family. David lived in Lake Forest, IL and was an active member of the Church of the Holy Spirit where he sang in the choir for many years. An avid golfer and fisherman, David loved music and the company of good friends. He was always happiest when surrounded by his children and grandchildren. Mass will be held on Saturday, July 14th at 1:00pm at Saint John Neumann Catholic Church, 801 Tom Smith Road SW, Lilburn, Georgia. In lieu of flowers, the family suggests contributions be made to the charity of your choice.