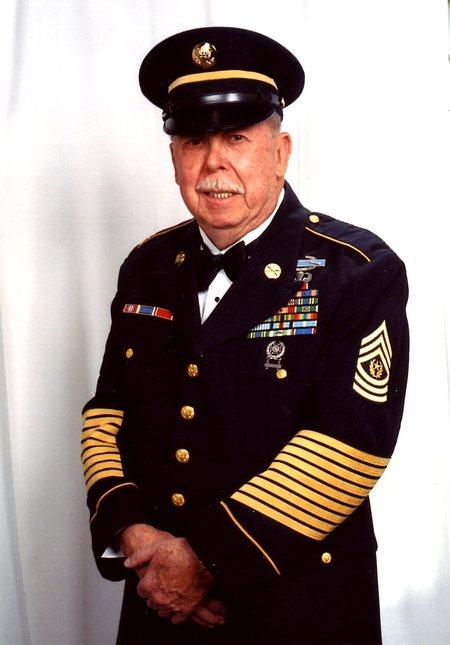 Harry Richard Ross, 78, died Sunday September 9, 2012 at Rosemont in Stone Mountain Georgia. He leaves his wife of 57 years Betty Ross, his two sons Daniel and Mark Ross, daughter in-law Susan Ross, and grandchild Emerson Ross. He also leaves his sister Anna, brother Joey of Pennsylvania and sister Freda of North Carolina. Harry proudly served in the United States Army for 26 years obtaining the rank of Command Sergeant Major and serving two tours in both Korea and Vietnam. After his retirement from the service in 1979 he started a second career with Georgia Tech until his second retirement in 1996. An avid baseball fan he accepted the opportunity for part-time employment with the Atlanta Braves during baseball season for over 15 years. Harry also enjoyed bowling and bowled with the Georgia Tech Yellow Jackets Bowling League where he served for many years as a league officer. A celebration of life service will be held at 11:00am Saturday September 15, 2012 at Mount Zion United Methodist Church located at 984 Panola Road, Ellenwood GA 30294. Visitation with the family will begin at 10:00am. Harry attended and was an active member of Mount Zion United Methodist Church and request in lieu of flowers donations be made to the church.