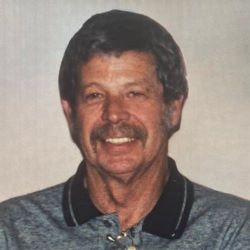 Born in: Georgia
Resided in: Buford

Sam was an avid reader and loved fishing and camping and would be at any creek, lake, or ocean he could find hoping to catch the big one.

In 1960, Sam graduated from Gilmer High School in Ellijay, Georgia, and joined the United States Air Force at Eglin Air Force Base in Florida, until being honorably discharged on October 2, 1967. After serving in the military, Sam moved to Atlanta and was employed by Bell South as a lineman and later moved into a management position. After 30+ years he retired in 2000.

On October 22, 1967, Sam married Josephine Higgins. Later moving to Buford, Georgia, where they spent many hours on the lake.

Sam will be remembered for his williness to help others whenever possible, his calm and gentle spirit, and his love for animals.

In lieu of flowers, please donate to the heart association.