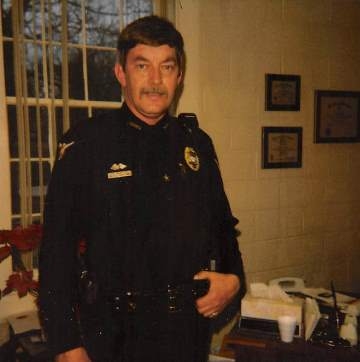 Scott R. Whitley, Age 72 of Dacula, Ga, died peacefully in his home on Thursday, November 10, 2016. He was born in Ferndale, MI on October 13, 1944. The only son of Howard Whitley and Katherine Litton. He is survived by his loving wife of 26 years, Paula Whitley whom he married on April 10, 1990. Also surviving, combined with Paula, are his six children Jon Whitley, Cynthia Whitley, Kelly Payne, Stacy Bucci and her husband Richard, Charles Ford, Michele Cochran and her husband David and Their beloved dog Lucy. Seven grandchildren, Sarah Trevino, Thomas Rhodes, Melanie Peterson, Kayla Whitley, Kody Whitley, Samantha Chockley and Joey King. His three sisters, Robyn Dowdall and her husband Tim and their two sons Matt and John Dowdall, His sister Susan Whitley and her four children Scott, Joseph, Katherine and Michael Llop, His sister Melissa Joseph and her two sons Richard and Eric Joseph. He is also survived by his two Sisters-in-law Margaret Huxley and her husband Jim and their daughter Krissi Huxley, His sister in-law Kerrie Betor and her husband Paul and their two children David Banville and his wife Gabriela , Kerrie Anne Harrington and her husband Brian and many more family members that he loved so dearly. Scott is a veteran of the Vietnam war where he served as a projectionist for the Army. After his military tour, Scott (Known as Rooster to many of his buddies) was in law enforcement in College Park, GA for 24 years from which he retired in 2006. He received many distinguished awards during his career as a police officer and his time as a Sargent in the Army. Scott never knew a stranger and he always loved making new friends as well as connecting with old ones. He had many people who loved and adored him. He was a wonderful Husband, Father, Grandfather and friend to all who knew him. Scott leaves a legacy of love laughter and adventure and he will be very missed. Today we will celebrate the life of such an amazing man and through stories and our hearts he will forever live on. Visitation will be held on Sunday, November 13, 2016, from 12 Noon until 2:00 PM, followed by the funeral service at 2:00 at Wages & Sons Gwinnett Chapel. A private family inurnment is scheduled for Wednesday, November 16, 2016 at 11:00 am at the Georgia National Cemetery in Canton, Ga. Online condolences may be expressed at www.wagesandsons.com.  Wages & Sons Gwinnett Chapel, 1031 Lawrenceville Hwy., Lawrenceville, GA 30046.  770-277-4550