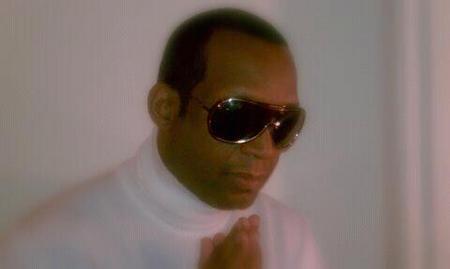 Fitzgerald Scott Sr. Age 48 Fitzgerald Scott was born in Petersburg, VA February, 06 1964. He attended Petersburg High School and soon after discovered his love for music. There are no words that can describe the type of mentor, friend, brother, father, and son that Fitzgerald was. He was always willing to teach those that would come after him and even more willing to learn from those who came before him. He was a one of the best Songwriter/Producers of all time. He worked with artist such as Keith Sweat, Faith Hill, Lemar, Backstreet Boys, Glenn Jones, Lorenzo, Kut Klose, KAI, and many more. His singles "Nobody", "Freak Me", "Dance With you" are just a few that topped billboards charts, creating a legacy that would live on for many years. Fitzgerald believed that everyone deserved an opportunity and loved to be a mentor to young aspiring artists, writers, producers, and entrepreneurs. He treated everyone like family and the love he had for his family was the driving force in his life. In his later years he battled with a heart condition that ultimately caused his death on September 24, 2012. He will always be known for his youthful spirit, zest for life, passion for music, and love for his family. Those that know and love him, we ask that you do not mourn his death but celebrate his life, celebrate his legacy. He is survived by his parents Dr. Reverend Whitfield Scott, Inez Scott; his siblings Theodore Scott, Sydnei Scott, Vicki Scott, Peggy Scott, and Calvin Scott; his children: Elijah Scott, Olamide Scott, Jhamile Scott, Jhamal Scott, Domonique Scott, and Fitzgerald Scott II and his granddaughter Paris Lynn Scott. The funeral service will be held at Wages & Sons funeral home in Lawrenceville, GA at 1:30pm.