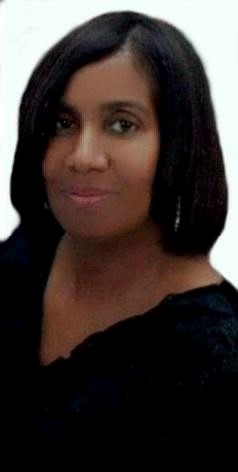 Sharon Wilson Vaughn, fondly known by loved ones as Shay, was the ninth child of eleven children born to Robert Wilson, Sr., and Elouise Wilson.

Sharon received her education through Boston Public Schools. Sharon’s kindness and unconditional love for mankind shined at an early age. Sharon attended the Jackson Mann Elementary school, the parent school to the Horace Mann School for the Deaf, in Allston, Massachusetts. Although Sharon was not hearing impaired, that did not stop her from learning sign language to communicate and become friends with hearing impaired students. She graduated from Boston High School in 1983.

After graduating high school, Sharon attended OIC Trade School and received her certificate in Data Entry. She worked as a data entry clerk in Boston, MA. She worked as a secretary for the Muscogee County Public School System, in Columbus, GA. She later relocated to Atlanta, GA, and worked as a Medical Billing Specialist for IntraCorp/Cigna.

In 1995, Sharon was married to David Vaughn, Sr. They were blessed with two children, David, Jr., and Shanita. David and Shanita went above and beyond to make sure their mom had everything she needed and poured out all their love and support when she needed it the most. Sharon always told her children, ” Your father always said for you to love your brother and sister and always be there for them.”

Sharon adored her grandchildren, Arion, Liam, and Joshua. Her eldest granddaughter, Arion, lovingly called her “G-Ma”. G-Ma was Arion’s best friend. They would talk for hours about everything and she was always there for Arion on the hardest of days. She was such a proud Grandma and always told her friends and family about them.

Sharon was raised in a Christian home and enjoyed getting together at various family gatherings. She continued in her faith after moving to Georgia where she was a member of Sufficient Grace Tabernacle and later became a member of Dominion City Church.

She loved attending church, studying her Bible daily, and enjoyed sharing the Word with others. “GOD LOVES US! LET JESUS LEAD YOU FROM EARTH TO HEAVEN” was just one of the many inspirational and encouraging words of wisdom she joyfully shared. Sharon will always be remembered for her strong faith in God.

Sharon was preceded in death by her husband, her parents, her brother, Michael Wilson, and her sister, Cathy Perry. Sharon is survived by her children, David Vaughn, Jr., and Shanita (Erik) Ostberg, and her grandchildren. She is also survived by her stepdaughter Tasha Sanchez, brothers, Robert Wilson, Jr., Carlos Wilson, Gregory Wilson, and Tom (Tara) Wilson, sisters Delores (Earl) Edmonds, Barbara Wilson, Brenda Wilson, Michelle (Craig, Sr.) Thomson. Her memory will also be cherished by a host of aunts, uncles, nieces, nephews, cousins and friends.

Repast information will be announced during the graveside service.