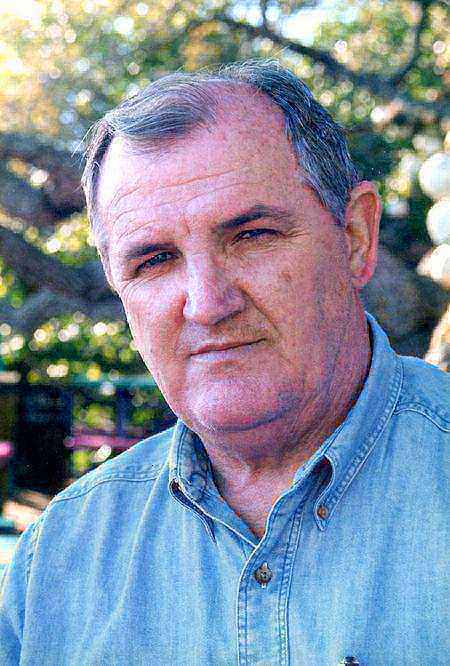 Charles "Chuck" Ray Simmons, beloved son, brother, father, grandfather and husband, passed away Tuesday, August 6, 2013 in his Stone Mountain home. Born in St. Louis, Missouri on November 23, 1944, he was the son of proud parents James Marion and Dixie Lee Simmons. A true patriot, Chuck enlisted in the United States Marine Corps at age 18. He served his country at Guantanamo Bay, Cuba during the Cuban Missile Crisis, fought bravely in two tours of the Vietnam War, and led his comrades at the front lines during Operation Desert Storm. A true hero, though always humble, Chuck received numerous commendations and awards including the Vietnam Gallantry Cross with the Bronze Star, the Purple Heart, Silver Star, Bronze Star Medal with Combat V and the Navy Commendation Medal with Combat V. His unswerving dedication to duty throughout his 20 plus year service in the military was in keeping with the highest tradition of the United States Naval Service. Chuck was also proud to have served 22 years in the line of duty as a police officer and began his police career in Orlando, Florida. He served his community as Patrolman, Detective, Undercover Agent, Sergeant, Deputy Sheriff; and Chief of Police in Palm Bay, Florida and Marietta, Georgia. He was selected as one of the top 10 police officers in the nation, and honored by President Gerald R. Ford at the White House in 1974 for his outstanding police work. After retiring from the police force, Chuck worked as Lead Investigator with Norred & Associates, Inc. in Atlanta, Georgia. Chuck loved animals and one of his proudest achievements at Norred was being instrumental in assisting law enforcement with the capture, arrest and conviction of known dog fighters throughout the southeast. Although Chuck had a passion for his work, his favorite time was spent at his river house in Wedowee, Alabama with friends, family and his best canine buddy, "Max." He is survived by his mother, Dixie Lee; his brothers, Dean, Mark and Jimmy; his children Kimberly, Susan and Shane; his grandchildren Seth, Ethan, Shane, Joy and Katie Grace; and his loving wife Rhonda. A memorial service for Chuck Simmons will be held at Wages and Sons Funeral Home, 1040 Main Street, Stone Mountain, GA, 30086 at 11:00 a.m. on Sunday, August 11, 2013. In lieu of flowers, the family asks that donations be made to the Wounded Warriors Project at www.woundedwarriorproject.org.