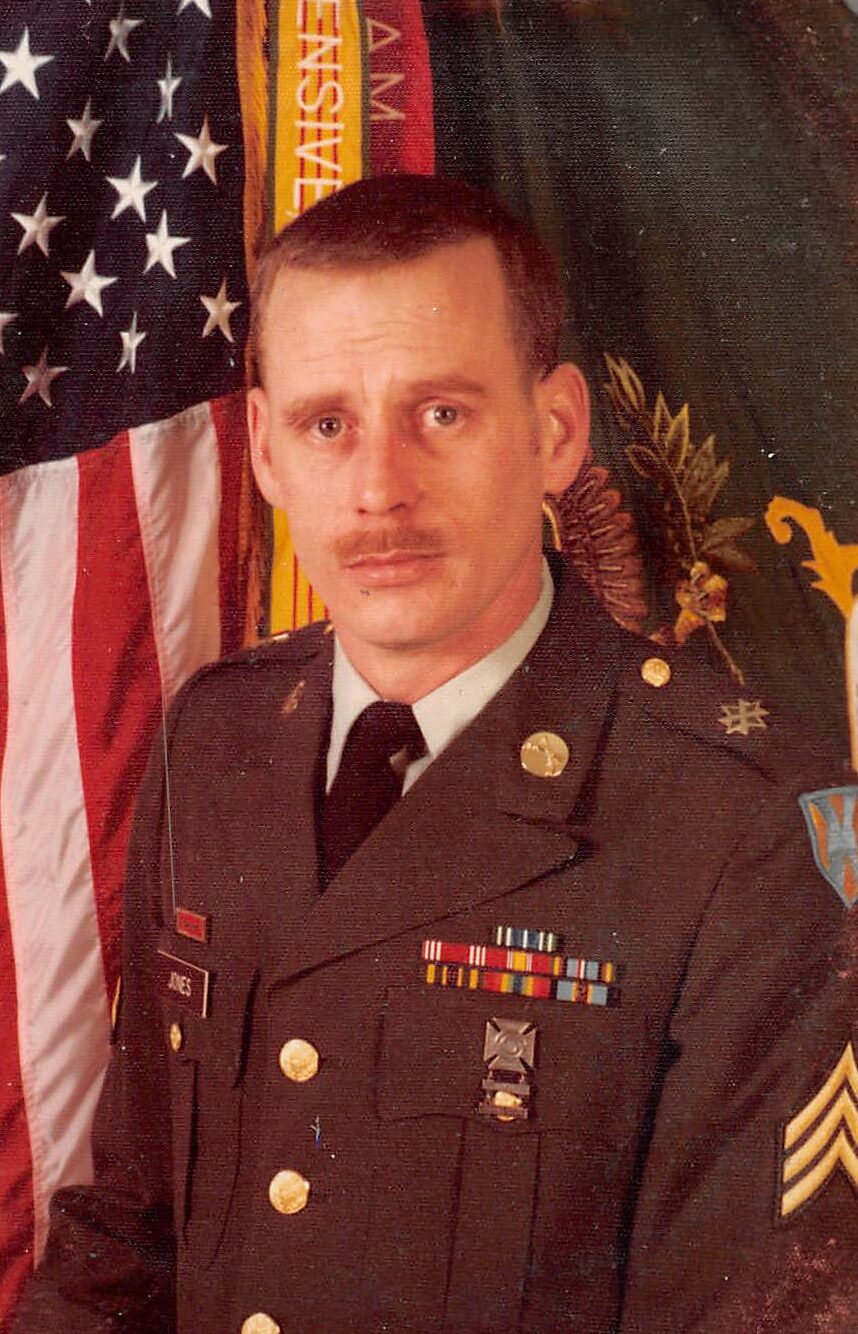 Stephen Henry Jones, a proud retired Army Veteran who resided in Lawrenceville, GA and formerly Solsbery, IN, passed suddenly, but peacefully at 4:50 am on October 20, 2022. He went on to be with Our Lord and Savior, Jesus along with other family members.

He was predeceased by: his Mother, Ann R. Jones of Bloomington, IN; his 2 Sisters, Ruth Burns and Nancy Barrett, both of Bloomington, IN and Grandchild, Baby Om. He is survived by: his loving Wife of 48 years, Eileen; his 4 children, Bryan Jones (Pammy) of Solsberry, IN, Roger Jones of Atlanta, GA, Christina Om of Lawrenceville, GA, Angie (Jacob) Ninan of Dallas, GA; His 12 Grandchildren, Randall, Marissa, Jasmine, Kayla, Daniel, Jessica, Jacob, Angelina, Brandon, Christopher, Kaden and Ava; as well as his 2 Great Grandchildren, Luna and Solana. Also lovingly remembered by, his 2 Brothers Ray and Gary Jones; Sister, Lana Koblinsky (Tom).

Steve so loved the Lord, and aside from his Family, he devoted 20+ years of his life serving in the United States Army. During his military career he was known for his exceptional leadership skills in guiding and training soldiers around the world. He was well respected and loved by many as a Soldier, Mentor and Family Man for such qualities as being selfless, giving, humble and kind. He was often referred to as “Pops” by his Soldiers and Piers for also considering them Family as well Steve was a proud Hoosier and Indiana native having been born in Linton, IN on June 22, 1949 and raised in Solsberry, IN. He traveled the world serving in his Military career where he later retired from the US Army in 1991 and made GA his home, where he remained with his Family until he passed.

His service with full Military Honors will be at 3pm on Saturday, November 5, 2022 at the Wages & Sons Gwinnett Chapel in Lawrenceville, GA. A Celebration of His Life will immediately follow the service at 2005 Skidmore Circle, Lawrenceville, GA. 30044. He will be buried at later date and time at the GA National Cemetery in Canton, GA.