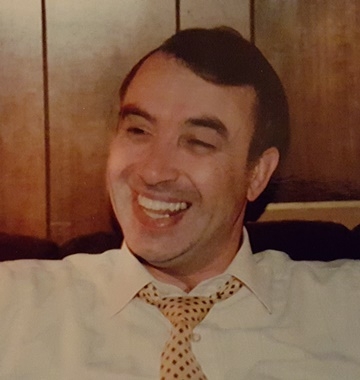 Stephen Lee "Steve" Stafford, (69), of Lilburn Georgia, died Tuesday, March 8 at Gwinnett Medical Center. He was a native of Charlotte, NC and the son of the late Earl Thomas Stafford and Thelma Geraldine Robinson. Steve was retired from The Travelers Insurance Companies and The U.S. Army/Army Reserve. He retired from the Army Reserve with the rank of Sergeant Major. Steve was a member of the American Legion Post 150 and a member of Bethesda United Methodist Church. He is survived by his spouse, Isabel, and his four children, Stephani Sparks of Trinity, NC; Jeffrey Stafford and wife, Mary, of Coral Springs, FL; Jennifer Parrish of Conover, NC; and Christopher Stafford and wife, Claudine, of Lawrenceville, GA.. He is also survived by his two brothers, Donald Stafford and wife, Della, of Iron Station, NC; Gerald Stafford and wife, Reba, of Port St. Lucie, Florida; and his sister, Jeanne Stafford Gibson of Matthews, NC. Steve is also survived by 7 grandchildren, one great-granddaughter and 14 nieces and nephews. A Celebration of Life Service will be held Thursday, March 10, at 4:00 p.m. at Bethesda United Methodist Church with Reverend Jessica Terrell presiding. The family will receive friends from 3:00-4:00 p.m. prior to the service at the church. Burial will be in Georgia National Military Cemetery in Canton, Georgia on Friday, March 11 at 10:00 a.m. In lieu of flowers, donations can be made to Bethesda United Methodist Church, in memory of Stephen L Stafford. Condolences may be emailed to Wages Funeral Home at www.wagesandsons.com in care of the Stafford Family.