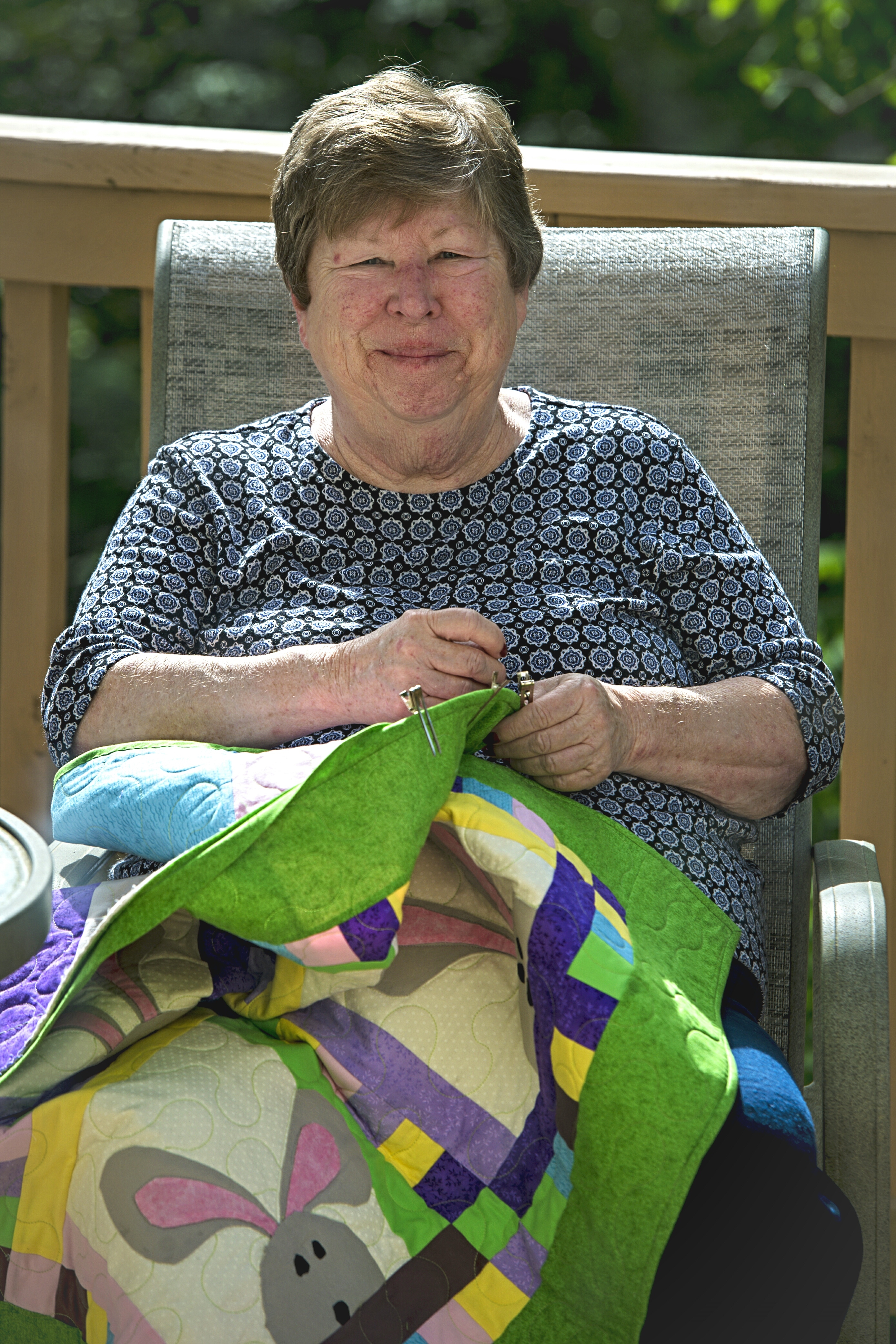 In her 70 years, Susan Jean Janowski stitched together a full and loving life. An avid quilter, Sue’s love for her family can be found in homes from Chicago to the Southeast in intricate blankets she handmade for relatives to mark milestones such as weddings and births. Although she fought bravely, Sue lost a two-month battle with cancer on Saturday, Feb. 17. By her bedside were her daughter, Carrie, son, Jeff, and sister, Janet. Sue’s other son, Mark, was able to call in from Dubai so she could hear his voice. Though the past two months robbed her of her strength, her blue eyes shined steady throughout with a love for family and the confidence that she had accomplished so much in her time. She was well loved as she passed to the next world, as she was all her life by her friends and family. Sue was born Dec. 10, 1947, daughter of Charles and Jean O’Sullivan. Throughout her life, she remained especially close with her sister, Janet. As a young woman from an Irish neighborhood in Chicago, she met a young man from across town in a Polish neighborhood. Sue and Thaddeus “Ted” Janowski would be married for nearly four decades. On Saturday, Sue was reunited with her beloved husband, who passed away in 2007. During their marriage they established roots in Chicago, Pennsylvania and finally Lawrenceville, GA, raising Carrie, Mark and Jeff. Years later, she fondly still recalled favorite family trips and birthday dinners. Besides quilting, Sue loved reading, sitting on the beach, people watching, ganache chocolate cake, all the CSI shows, and her grandchildren. Sue doted on her granddaughters – Madison, Hannah and Josey – showing up for their various events and keeping a never-ending stash of M&Ms to hand out. She was a paralegal, part of a field she loved, working at the Shapiro Pendergast & Hasty, LLP law firm in Lawrenceville until becoming sick late last year. She instilled in her children that anything is possible and any goal is obtainable. Sue is survived by her daughter Carrie Sherrer (husband, Kevin), eldest son Dr. Mark Janowski and youngest son, Jeff Janowski (wife, Vicky). She is survived by her three granddaughters, Madison and Hannah Sherrer and Josey Janowski. She is also survived by her sister, Janet McNally (husband, Marty) and their children and grandchildren. We will like to invite you to join us to celebrate Sue's life at Cornerstone Co-Working Space in downtown Lawrenceville, GA Saturday, February 24th from 2-5pm. Light afternoon hors d'oeuvres and refreshments will be served.