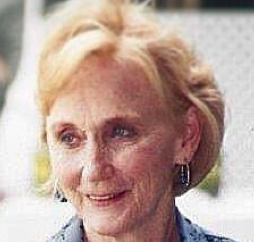 Thelma E. Willis, 88, of Lawrenceville, GA, lost her battle with Alzheimer’s disease on Monday, November 23, 2020
while surrounded by her family. She was born on December 11 th , 1931 in Stonega, VA, to Elizabeth and Clarence
Dishner. She eloped and married the love of her life, Thomas M. Willis, in July, 1949, who preceded her death in
2014 after 64 years of marriage.

Thelma grew up the youngest daughter of the Dishner kids, Frances (Olterman), Betty (Storey), and Bill Dishner.
She had a vivacious personality, was in the 4H Club, and a cheerleader at Lynn Garden High School in Kingsport,
TN. Known for her red hair and blue eyes, she stood out amongst the crowd and made all the boys head spin.

In 1949, one of those boys told his friends he was going to marry that redheaded cheerleader. While it took some
convincing from Tom, Thelma and Tom began their journey which lead them to Greenville, SC, Chamblee, GA, and
then Lawrenceville, where they enjoyed their retirement.

Thelma ran the household while keeping close eye over her three children. Since Tom traveled a lot, she played the
mother, father, and disciplinarian when it came to the kids. Later in life she held numerous positions at Sears and
then went on to be responsible for residential property leasing for the family business. She had an eye for interior
decorating and always had creative and helpful suggestions for friends and family.

She will be remembered as an excellent role model for her children and grandchildren, loving wife to Daddy TM,
talented seamstress (made clothes for girls), outstanding cook (famous spaghetti), Thanksgiving and Christmas at
the Willis’, and a devout and faithful servant to God. She was clearly the matriarch of the Willis extended family.

A private service to celebrate Thelma’s life is planned. The family asks that any donations be made to the
Alzheimer’s Association or your local Hospice organization.