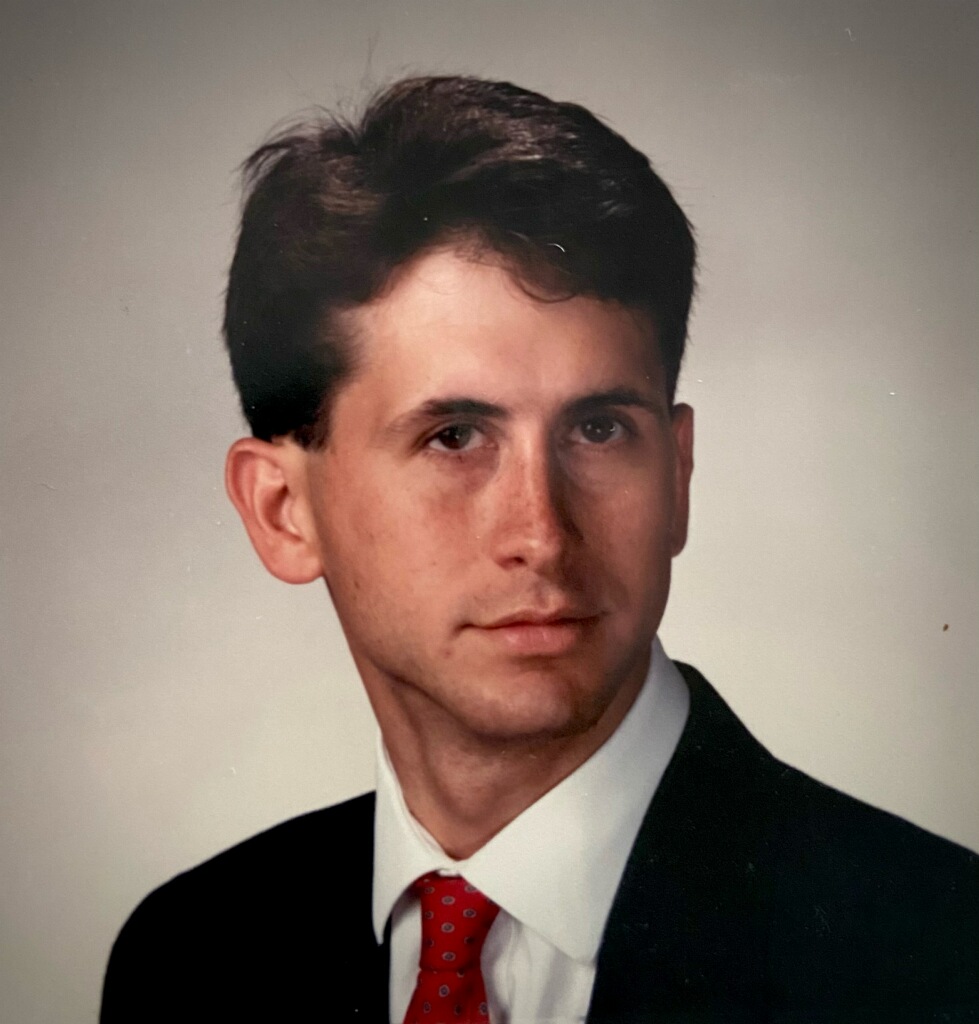 On Wednesday, April 21, 2021, Timothy Paul Lauer, 54, of Loganville, Georgia, passed away. His family mourns his untimely death and asks for prayers for the happy repose of his soul.

So much of Tim’s life was filled with laughter and enthusiasm. His charismatic spirit allowed him to make fast friends throughout his life.

Tim was born August 17, 1966 at Walker Air Force Base in Roswell, New Mexico, and baptized at the base chapel. He was the second of five sons born to Keith and Dorothy Lauer. When Tim was four, his family moved to the rural village of Corfu, New York, where he and his brothers’ penchant for adventure and exploration solidified their bonds to each other. Tim received his First Holy Communion and the Sacrament of Confirmation at St. Francis of Assisi Catholic Church in Corfu, where he and his brothers also served as altar boys.

At age fifteen his family moved to Plantation, Florida where he attended St. Thomas Aquinas High School, graduating in 1984. When Tim was eighteen, his family moved to Warner Robins Georgia, where his father was assigned to Robins Air Force Base. Tim attended Georgia College in Milledgeville, Georgia, where he was a member of the Phi Delta Theta Fraternity, obtaining his Bachelor of Science in Business Administration.

In 1991, Tim exchanged nuptial vows with Holly Smith of Macon, Georgia, and after settling in Kennesaw, Georgia, they had three beautiful daughters, Anne, Ava, and Sophia.

Tim excelled in his profession as a computer programmer, which allowed him to turn computer code into creative solutions for his clients. From an early age he always wanted to take things apart and see how they were made. He would build and repair almost anything, where many of us would be forced to hire professionals. Tim was an amazing cook, and especially loved to cook for family and friends. Eating a meal at his table was a culinary event that surpassed the finest restaurants in town. Tim also enjoyed politics and playing golf.

Tim struggled greatly by the preceding deaths of his beloved brother Brian (2011) and mother Dorothy (2020). In addition to Holly and his daughters Anne, Ava and Sophia, he is survived by his father, Col. Keith Lauer (Ret.) of Loganville, Georgia. Tim is also survived by his brother Dan and his wife Courtney of Katy, Texas, and their children Olivia, Ryan, and Cameron; his brother Michael of Loganville, Georgia; and his brother Chris and his wife Katherine of Charlotte, North Carolina, and their children John, Mary, Margaret, Joseph, Thomas, and David.

In lieu of flowers, contributions can be made to help with educational expenses of his three daughters [donation link: gofundme.com/f/for-tim-lauers-children-in-lieu-of-flowers].