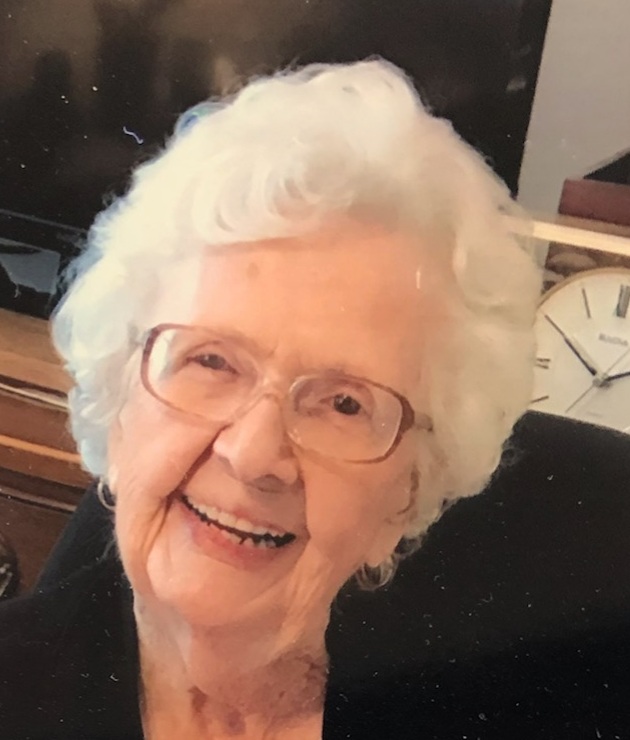 Born in: Illinois
Resided in: Georgia

Virginia Carroll Browning passed away on October 27, 2022 at the age of 101. Virginia was born on February 24, 1921 in Chicago, IL, to a family of 5 brothers. In December 1941, she fled the cold Chicago winter and escaped to sunny Miami Beach, FL where she worked for the Army until the war ended in 1945. There she met Carl R. Browning, married him in 1945 and moved to his hometown, Atlanta, GA. In GA, she became a loving wife and Mother to two daughters, Claudia (Colvin) and Charlotte (Hicks). When Carl’s work moved them to Fort Worth, TX for 8-years, Virginia stayed active volunteering as a Sunday and Bible school teacher, choir member, Blue Bird guide, Girl Scout helper, and Room Mother. in 1961 they returned to Atlanta, where she was involved in church and her children’s activities. She was a quality seamstress who made everything–dresses and suits when Claudia went away to UGA, prom dresses, clothes for Charlotte, costumes for events, and whatever decor was needed for her home. Once their daughters grew up, she and Carl were ready for a dream vacation—1 month in Europe to see all the sights. On the trip they made friends who not only made the trip better but stayed friends all through her life. In 2004, Virginia made her last European trip to Spain but later took cross country bus tours to National Parks and historic sites with her daughter, Charlotte.

Her last home was at Precup Personal Care Home in Snellville, GA, where beautiful music she so passionately loved played all day and she was loved and beautifully cared for there for 2 years by Mirela Schiesser. Her last days were calm and comfortable; she was with her daughters and her beloved son-in-law, Henry Colvin, the day she passed away.

She is survived by her two daughters, Claudia B. Colvin (Henry M. Colvin), Charlotte B. Hicks, a granddaughter, Kelley R. Baglivo (Tom Baglivo) of Charlotte, NC, a grandson, David B. Colvin (Erica Colvin), of Salt Lake City, 4 great-granddaughters and one great-grandson.

A service to celebrate her life will be held soon. In lieu of flowers, the family requests donations be made to Samaritan’s Purse, who do so much to support many in Christ’s name.