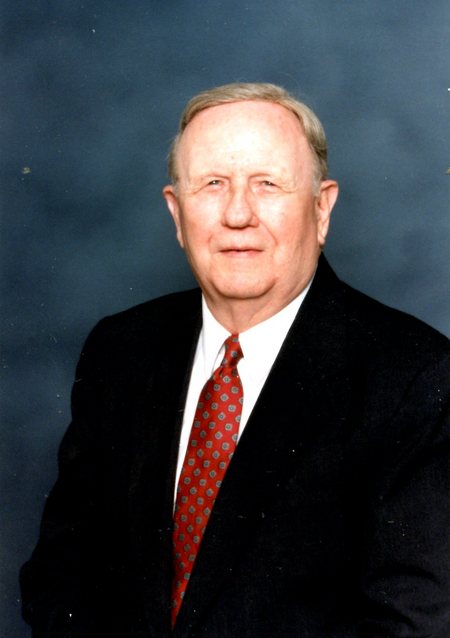 T. J. Weatherly was born in Atlanta on May 28, 1922. He was married to Frances S. Weatherly for sixty nine years, and they resided in the city of Stone Mountain for the past sixty five years. Mr. Weatherly died on December 12, 2012, from complications of dementia. His funeral will be on Saturday, December 15, 11:00 a.m., at Wages and Sons Funeral Home, 1040 Main St., Stone Mountain. Visitation will precede the service from 10:00 a.m. to 11:00a.m. He was a graduate of Georgia Military Academy now Woodward Academy, the University of Georgia, Atlanta Division now Georgia State University, and attended Emory University. In his career as the owner of a business, he utilized his degree in business administration extensively. He was a World War II Marine officer, serving as a platoon leader, executive officer of a company, and company commander. He received four medals and a unit commendation for his service in the Pacific. He was very proud of his service in the U.S. Marine Corps and was, indeed, a member of "the greatest generation." When Mr. Weatherly returned home from World War II, his brother, Kingsley Weatherly, asked him to work in his appliance and propane gas business in Stone Mountain. From 1960 until his retirement in 1984, Mr. Weatherly was the owner of Weatherly Appliance Company in Stone Mountain where his wife, Frances, worked closely with him as the company bookkeeper. The many people who bought appliances from him were not only his customers, but also his friends. In addition to operating his business, he was very involved in the community. He was the founder of Little League baseball and football in the city of Stone Mountain, and coached the youth for many years. In his boys Sunday School class at Stone Mountain First Baptist Church, the boys were well-behaved, because he required good behavior in order for them to get playing time on his sports teams. He also chaired the Concerned Citizens of Stone Mountain for twenty years. A former city councilman of the city of Stone Mountain stated that candidates for mayor and city council in Stone Mountain could get elected only if they had the support of T.J. Weatherly! He loved sports and was a loyal fan of the Georgia Bulldogs. He attended many football games in Athens over the years. Regarding the rivalry between UGA and Georgia Tech, he stated for many years that he pulled for whatever team was playing Tech. However, when his granddaughter, Lauren, enrolled at Tech in the year 2000, he made a miraculous conversion and began pulling for Tech except, of course, when they played the Bulldogs! He also enjoyed following the Atlanta Falcons and Atlanta Braves. Mr. Weatherly was very interested in politics and closely followed elections at the city, county, state, and national levels. Beginning with his great admiration of President Franklin Roosevelt, he was a life long Democrat and was especially proud of native Georgian Jimmy Carter. He enjoyed spending time at Lake Winfield Scott in the north Georgia mountains where he owned a cottage for many years. Family and friends enjoyed visiting him and Frances at the cottage over the five decades they spent time there. Mr. Weatherly had many friends at Lake Winfield Scott as well as in Stone Mountain and metro Atlanta. He was a very friendly person who never met a stranger. He was a member of Veterans of Foreign Wars Post 5257 and Smoke Rise Baptist Church in Stone Mountain. Survivors include his wife, Frances S. Weatherly; son, Dr. Thomas J. Weatherly, Jr. and his wife, Mary Lynn; daughter, Diane King, all of Stone Mountain; granddaughter, Lauren McDow and her husband, Randy; and great grandsons, Eston and Liam McDow, of Atlanta.