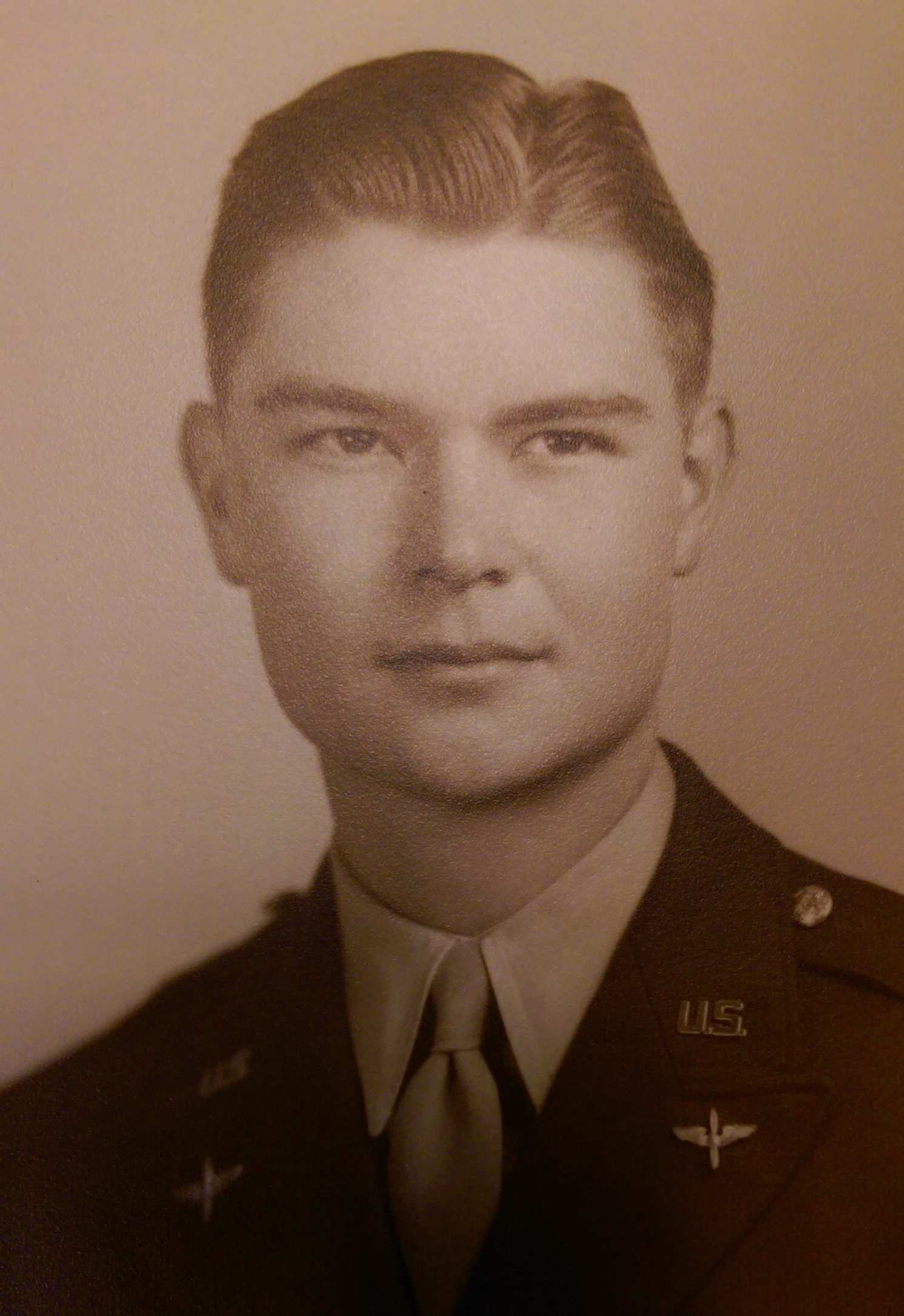 William David "Bill" McEwen, age 94, of Lawrenceville, Georgia passed away on  July 29, 2019 after a brief illness.  Born in 1925 in Vancouver, British Columbia, Canada, he moved in 1927 as a young child with his parents, John & Gladys McEwen, and brother Jack to Southern California, where he grew up.  His parents and brother preceded him in death.  He is survived by his wife, Donna, to whom he was married for 65 years. Graduating from Glendale High School in 1943, he joined the Army Air Corps as an aviation cadet and completed training as a navigator. He served in the 8th Air Force as an Aerial Navigator and completed 23 missions before the end of World War II.  After 5 missions, the "Battle Of The Bulge" began and in an effort to improve poor  bombing accuracy, Bill volunteered to fly in the nose turret of the Group Lead aircraft to identify the targets.  He completed his tour flying 18 missions with 5 different Lead Crews, for which he was promoted to 1st Lieutenant and received the Distinguished Flying Cross.  Returning home after the war, he resumed his education at Glendale College, then studied engineering at the University of Southern California, receiving  degrees in Civil & Structural Engineering.  He worked for 3 years gaining experience in a variety of institutional and manufacturing buildings before joining Daniel Mann Johnson & Mendenhall, a growing Architecture/Engineering firm. Rising to assistant manager of his department, he worked on public schools, industrial, and defense facilities, including rocket test and launch stands. In 1959 DMJM was chosen to provide an Evaluation Of Transportation Equipment Systems & Service Routes To Serve The Future Needs Of Southern California.  The scope of the study was as bad as the title.  Over 200 vehicle concepts were evaluated, from current to  "maybe someday". The formal report became a useful reference in the transit industry for several years. Shortly after completing the transit study the sponsoring agency asked Bill to join their staff,  serving in charge of rail transit development work.  Remaining with the Los Angeles transit agency for  4-1/2 years, he learned the rail transit industry comprehensively from all currently aspiring and operating agencies.  Subsequently, he returned to DMJM to manage large transit projects. After working on development of the Metro system in Washington, D.C., he relocated with his family to Atlanta in 1973 after being selected to serve as MARTA's Director of Design and Engineering for the newly developing rail system.  He served in that capacity until 1977, and subsequently worked on additional developing rail transit systems in North America.  In 1984, he became an independent consultant to clients and attorneys needing professional assistance with construction management projects.  He was a National Director of the Order Of the Engineer, and was awarded 1987 Outstanding Engineer In Private Practice by both the Georgia Society of Professional Engineers and American Society Mechanical Engineers. He was a resident of Lawrenceville since 1993 and was active in community affairs. Most recently he was on the Board of Directors of the Lawrenceville Neighborhood Alliance. In addition to his wife, survivors include son Scot McEwen & wife Debra of Gainesville, daughter Kathleen  Garrett & husband Rex of Atlanta, daughter Carol of Atlanta, and granddaughters Jessica Eryn McEwen of Gainesville and Elise Garrett of New Jersey. Per his wishes, there will be no services. Bill had long involvement with Golden Retriever groups. Those desiring may make donations in his memory to the charity of your choice in support of animals. Cremation arrangements have been entrusted to Wages & Sons, Gwinnett Chapel 1031 Lawrenceville Hwy., Lawrenceville, GA 30046.