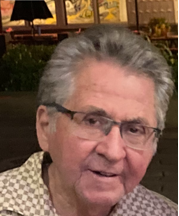 Doug met his wife, Bonnie Keaton Chafin, at Avondale High School one year before graduating in 1967.

He served in the US Army and was stationed in Alaska. After his discharge Doug worked for Roadway Express for 32 years, retiring in 2001. He was a member of the American Legion Post 66, where he worked on several committees through the years, and was voted Legionnaire of the Year in 1997.

Doug was a collector of all kinds of memorabilia and loved to go “junking,” often picking up treasures from the side of the road and selling them to consignment shops. He loved spending a day picking through items at Lakewood Fairgrounds and Scott’s Antique Market. Favorite finds included license plates, Coca Cola collectibles, yearbooks, yardsticks, pocketknives, keychains and cigarette lighters. Items with advertisements from businesses long gone were most prized.

Being an avid car-lover, Doug bought and sold many classic cars throughout his life. Most of all he enjoyed time with his daughter and grandchildren.

A Celebration of Life will be planned at a later date for family and friends. In lieu of flowers the family requests donations be made in Doug’s memory to the American Legion, Post 66, 30 Covington Road, Avondale Estates, GA 30002.