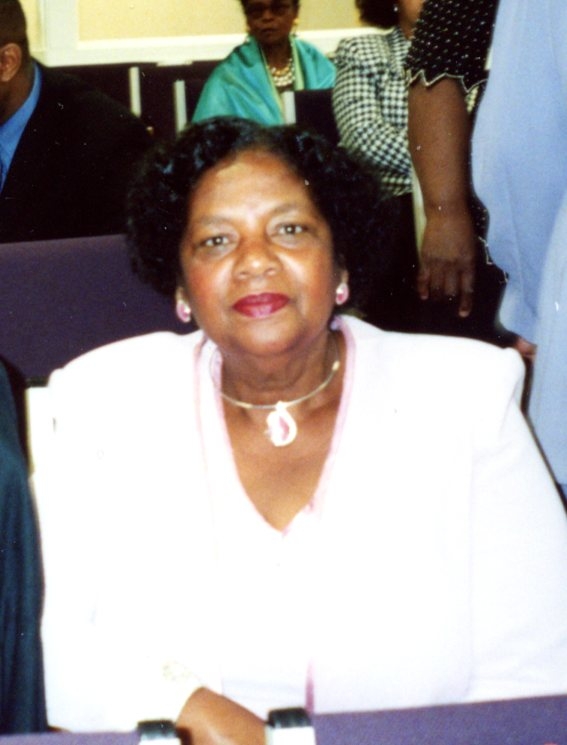 Yvonne E. Amoako, was born in Mandeville, Jamaica on January 9, 1938. She was the youngest of four children born to the late, Oliver and Myra Johnson. Yvonne attended school in Jamaica and worked as a seamstress while in her teens before coming to the United States of America at a young age. She was trained as a cosmetologist in Mount Vernon, New York and went on to train to become a LPN. Yvonne worked as a LPN at Hebrew Hospital for the Chronically Sick, for over 25 years. She was previously married to Solomon Gardner, and helped him raise seven children. Yvonne was a very loving and caring mother for her children and became mother to any of the children in the neighborhood who needed caring. She loved to travel and visited many places in her lifetime. These places included Hawaii and Ghana. On one of her trips to Ghana, she met her dear Kwasi! They talked and communicated via mail for several years before Kwasi moved to Jamaica and they got married in Jamaica in 1990. Kwasi later joined Yvonne to live in Mount Vernon, New York. Yvonne was raised going to the Kingdom Hall of Jehovah’s Witness’s in Jamaica and was baptized in Mount Vernon, New York. Once Yvonne dedicated her life to Jehovah and was baptized January 8, 1983, she was a zealous servant of Jehovah. Yvonne attended Pioneer School in 1995 while in the Mercer Road Congregation in Stone Mountain GA. There she enjoyed fulltime pioneering for eleven years. Yvonne served Jehovah faithfully for 35 years. During her stay in Mount Vernon and after their move to Stone Mountain, GA, Yvonne would bring her mom, Myra Johnson to stay with her during the summers and sometimes longer. Her mom came to be everyone’s “mom”. Everyone knew Yvonne was a sharing, caring and compassionate person. Yvonne visited and met Kwasi’s family in Ghana, and they all fell in love with her. Yvonne loved to sew and cook. She was known east-coast wide for her Brown Chicken, Curry Chicken, Jerk Chicken and Rice-n-Peas!! If you were ever hungry, you could stop by, and there was always a delicious home cooked meal ready to be shared!! Yvonne was a true confidant, willing to help and encourage others to stay strong and to trust in Jehovah, as she showed by example while enduring her personal trails. When she saw a dress or drapes that she really liked, Yvonne could make it without a pattern! She was an avid gardener. Her rose garden was admired by many, which she shared with others, along with her vegetable garden. Yvonne’s health began to decline during the last couple of years. She succumbed to death on Wednesday January 10th, 2018, at Emory University Hospital. She will be missed by all who knew her. Yvonne was preceded in death by her dad and mom, Oliver and Myra Johnson and brothers, Chaplin Johnson and Raymond Johnson. Yvonne is survived by her husband Kwasi Amoako, her children Pecton Jones (Mely)[Sacramento, CA], Tony Gardner [Union, NJ], Joan Gardner, Neville Gardner, Wayne Gardner,[Bronx, NY] Andrew P. Gardner (Stacy) [Pittsburg, PA], Jeanette Moore, Andrew Q. Gardner, adopted sister and friend Deborah Bowman (Clyde) [Stone Mountain, GA] her sister Phyllis Green in Jamaica, twenty-five grandchildren, eighteen great grandchildren, nieces, nephews, and a host of other relatives and friends.