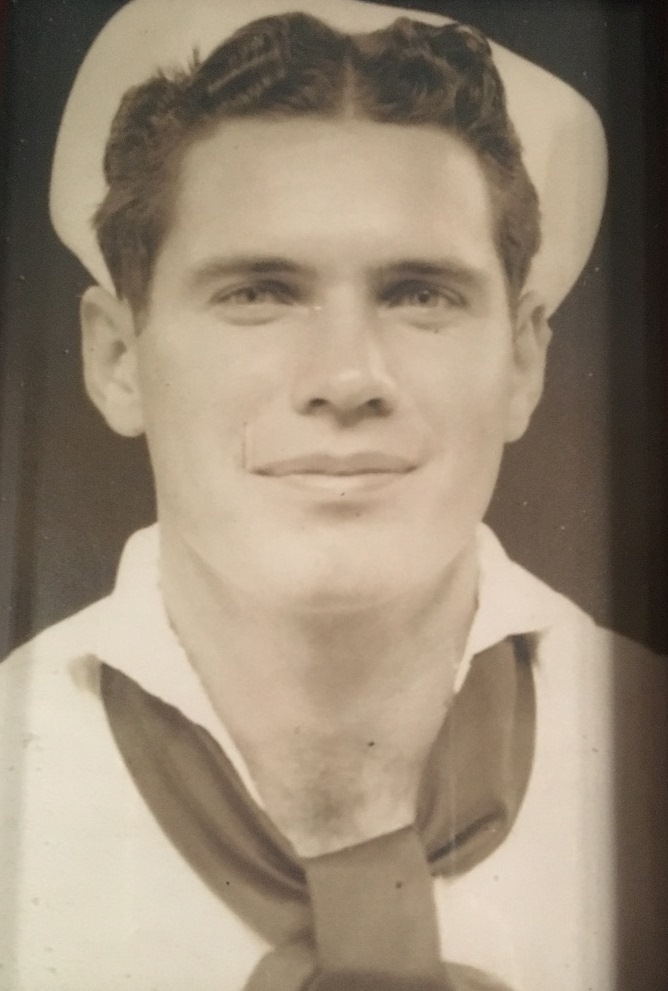 Allen Charles Avery “A.C.” of Tucker GA, born FEB 7, 1920 passed away on February 11, 2019 at the age of 99.  For the service, in his honor, please dress casual in UGA colors red and black. He served in the US Coast Guard and was a WWII vet serving in the Pacific Theater from 1942 to 1945 operating the Landing Ship Tank called the LST. After the service he was employed by Kraft Foods for 42 years. He was preceded in death by his parents Aquilla and Della Avery, 3 brothers, 1 sister and wife of 66 years Merle Samples Avery. He is survived by his daughters Linda Carter and Vicki Cannon and son-in-law Ken Cannon, 3 grandsons, Jim Carter (Erica), Blake Cannon (Cara) and Collin Cannon (Courtney). He also has 6 great grandchildren (Jackson, Avery, Addy, Matthew, James and Brynn) with 2 more on the way and his loving dog Katie and many nieces, nephews and cousins. A.C. played basketball and baseball and loved to garden, fish and was an avid sports fan. His favorite was the Georgia Bulldawgs football team being a season ticket holder for decades. He formed many lasting friendships from years at Kraft, neighbors, the community of Gresham Park and his church Lilburn First Baptist.  He never met a stranger. In lieu of flowers, donations can be made to MeSun Hospice in Lawrenceville, GA or a charity of your choice. Arrangements by Wages & Sons Funeral Home, Gwinnett Chapel- 1031 Lawrenceville Highway Lawrenceville, GA 30046. 770-277-4550. Online condolences may be expressed at www.wagesandsons.com.