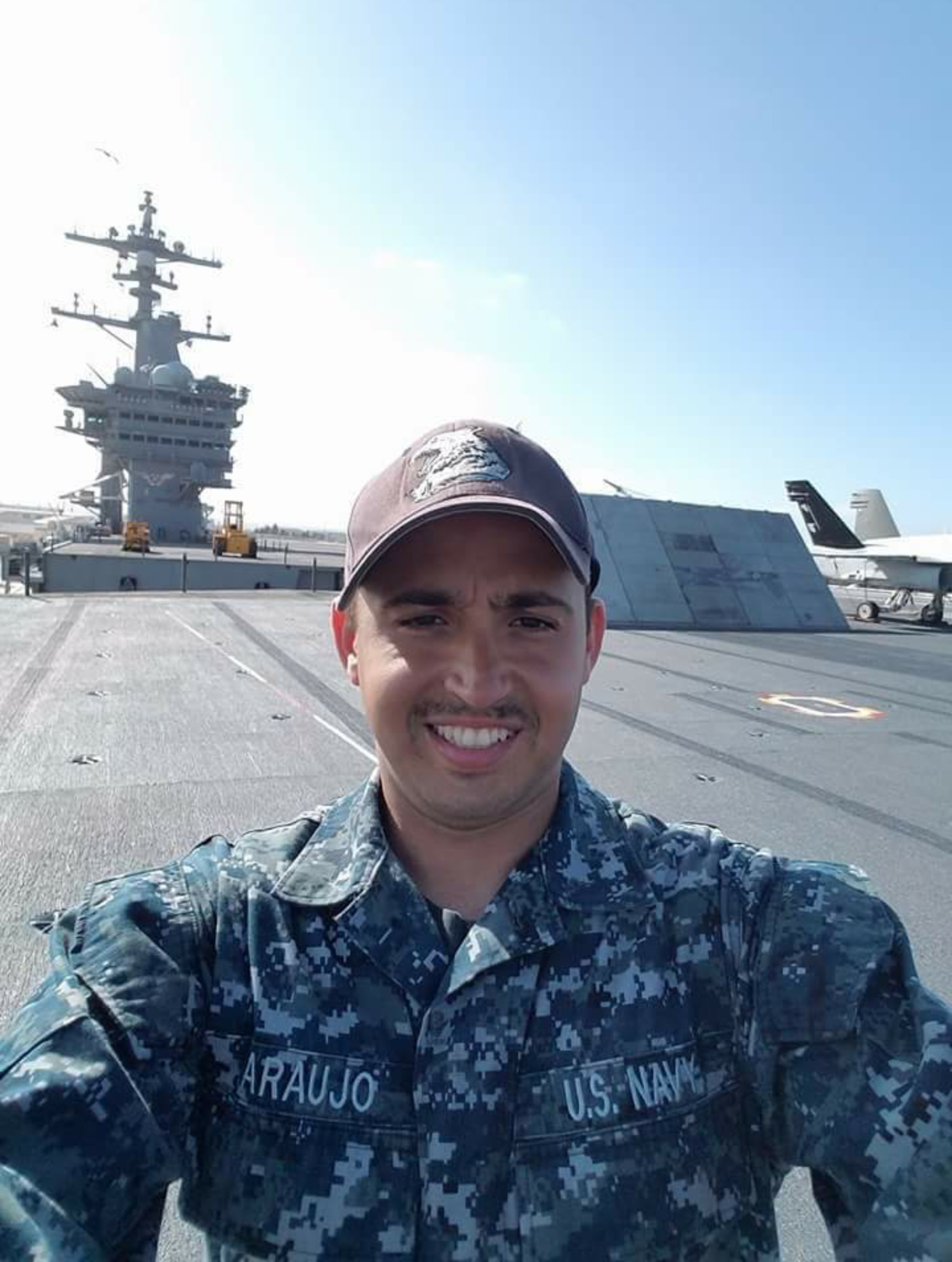 Bruno Rodrigues Araujo, age 27, of Lawrenceville, GA passed away on June 6, 2016. Bruno was born in Apucarana, Paraná, Brazil. His parents came to America to pursue their dreams, a better life for the whole family and future for their children. They adopted USA as their home country. At the early age Bruno proved to be a very active and dynamic child. Growing up and being educated in America gave him a chance to develop a cross-cultural skill, and enabled him to speak his native language, Portuguese, as well as English and Spanish. He was always there for his parents, friends and people who wanted him to help as an interpreter. He was there for those who were in the process of acculturalization and settlement. Bruno never faulted in his pursuit of happiness. He achieved his dream of being an airman in the USA Navy. His work ethic was evident in all he did because he knew even if no one was watching, God was watching. His true happiness however, came from being a loving father, son, brother and husband. Bruno was steadfast with his faith. It was evident and infectious to all who knew him. He was blessed with the ability to witness and spread Jesus’ love and understanding to many. He will be remembered by those who knew him, loved him and cared for him. And he is survived by his parents, Rosalina and Lourival Araujo, by his sister Pollyanna Araujo; by his wife Erica Araujo and his son Ezekiel David Rodrigues. A funeral service will be held at 10:00 A.M. on Saturday, June 18, 2016 at Wages and Sons Gwinnett Chapel, 1031 Lawrenceville Hwy., Lawrenceville, GA with Rev. Paulo Mendes officiating. The family will receive friends from 9:00 A.M. until 10:00 A.M. at the funeral home. Online condolences can be expressed at www.wagesandsons.com