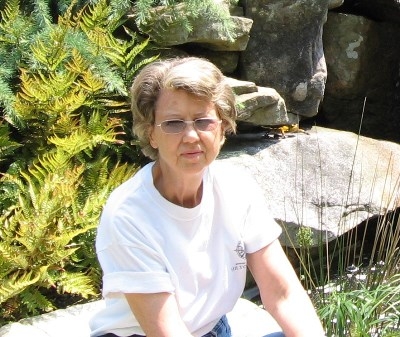 Carolyn Ann Brooks of Lawrenceville, GA, formerly of Tucker, died February 10th, 2018, at Sunrise at Webb Gin, at the age of 82. She is preceded in death by her parents Eugene Sippel and Dorthy Weiss (remarried, Glenn Weiss stepfather), and former husband John H. Brooks. She moved from Kansas City, Missouri to Dekalb, Georgia in the late 1960's. She worked for over 25 years of her life at Jim Ellis Volkswagen as Office Manager and retired from work in 2000. She was an avid Gardner, Sewist, and Craftsperson. She loved all of God's creatures but especially cats. The kindest of hearts, the bravest of spirit, and perseverance of souls. Survivors include her sons, Andrew and Kirk Brooks; their wives, Kyna and Alicia; and grandson, Ethan Brooks. Flowers are accepted or donations may be made to Atlanta Botanical Garden. A Funeral Service will be held at 1:00 P.M. on Friday, February 16, 2018 at Wages and Sons Gwinnett Chapel. The family will receive friends from 6:00 P.M.-8:00 P.M. on Thursday, February 15, 2018 at Wages and Sons Gwinnett Chapel, 1031 Lawrenceville Hwy., Lawrenceville, GA 30046. Online condolences can be expressed at www.wagesandsons.com