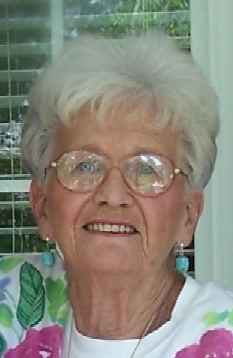 Carolyn C Millonig Carolyn Carson Millonig of Lawrenceville, Georgia passed away peacefully on Thursday April 10, 2014 at the age of 84. In her final days she was surrounded by her devoted family who remained vigilant by her bedside until her time of passing. Carol was born in Henderson, Kentucky and raised in the farmhouse built by the strong hands of her father, Urban Gager. She learned to play the piano from her mother, Addie Mae Gager and her love for music continued to blossom throughout her youth. In 1947 she was accepted to the Cincinnati Conservatory of Music where she graduated with a BA degree in voice and piano. It was there that she met her former husband Alvin Millonig and together they began a musical journey that carried them from Vienna, Virginia to the Air Force Academy in Colorado and to Green Bay, Wisconsin. Upon receiving her second degree, Carol became a dedicated grade school teacher for the next 23 years. Her gentle approach and kind spirit touched the lives of her many students and their families. In 1987 she moved to Atlanta to be closer to her children where she continued to teach, mentor and inspire the people in her life and those who knew her. Carol was the guiding light for her four children and she built a strong foundation of loyalty, integrity and humility. Carol was carried up to heaven by a gentle spring breeze and a golden ray of light that shined softly upon her face. Carol Millonig was preceded in death by her parents, former husband and her cherished companion Jim Lawler. She is survived by her brother John Gager and his wife Lois, and her four children: Mike Millonig and his wife Colleen; Tony Millonig and his wife Ann; Lisa Destiche and her husband Kurt; and Tom Millonig and his wife Dianna. She is further survived by 11 grandchildren and 5 great grandchildren. Funeral services will be held at Saint Edwards Episcopal Church in Lawrenceville, Georgia on Tuesday April 15, 2014 at 5:00 pm. A reception will follow at 6:00 pm in the church event hall. Those who wish to commemorate Carol's life and passing can make a donation to Saint Edwards Church at 737 Moon Road SW, Lawrenceville, GA 30046. (770) 963-6128 Online condolences may be expressed at www.wagesandsons.com