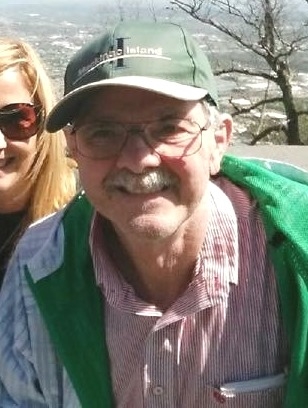 Charles D. Medler (Chuck), age 73, of Dacula, GA passed away on Thursday, March 3, 2016, after a lengthy illness. Charles joined Cindy, his Mom and Dad, and his brothers and sisters-in-law, for a joyful family reunion in heaven. He was a former resident of Lansing, MI and Eaton Rapids, MI. Charles was a Master Electrician with the IBEW, Local 665, and the UAW, Local 602. He enjoyed traveling, bowling, hunting, family gatherings, sporting events, and being a father and grandfather. Some of his happiest moments involved playing cards with family. He will be forever missed by his surviving family: his loving wife of 53 years, Carol; daughter, Catherine and friend, Brandon Thomas; son-in-law James McCormick II; granddaughter, Megin McCormick; grandson, James McCormick III; and sister and brother-in-law, Betty and Robert Leadbitter; and many furry friends. He was preceded in death by his daughter Cynthia McCormick. A private celebration of life will be held on Mackinac Island at a future date. Those wishing to contribute to Chuck’s memory may make a donation in his name to the National Park Foundation at 1110 Vermont Ave, NW, Suite 200, Washington, DC 20005 or www.nationalparks.org. Online condolences can be expressed at www.wagesandsons.com