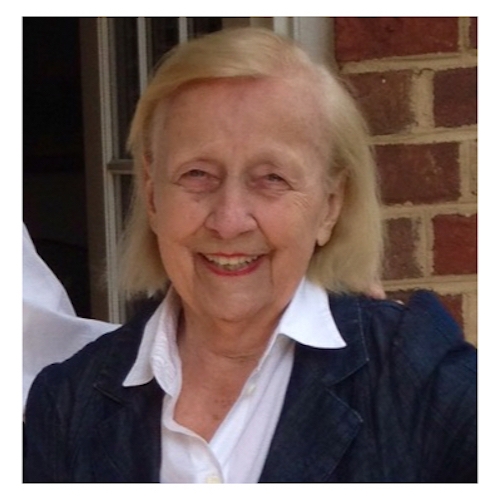 Charlyne King Fowler, daughter of Charles King and Beulah Pryor King, was born in Johnson City, Tennessee on March 31, 1923. She grew up in Kingsport, Tennessee where she excelled in classical ballet. After graduating from high school Charlyne attended The University of Tennessee where she was a member of Alpha Delta Pi sorority and graduated with a BA in Home Economics. After college Charlyne began her career as a high school teacher in Dalton, Georgia. Charlyne loved children and her last teaching position was at The Westminster Lower School in Atlanta , where she taught reading for nine years. Surviving are daughters The Reverend Sally Parrott (John) of Greenville, S.C., and Cissy Benedict (Thomas) of Atlanta, Georgia; grandchildren, Dr. John F.Parrott Jr. (Snow) ,William Howard Parrott (Amanda),Thomas Cobb Benedict Jr., (Sarah) and Sally King Benedict Read (George) and six great-grandchildren: JP, Snow, Ellie, Charlotte, Sally, and River. Charlyne is predeceased by her husband of sixty-six years William Howard Fowler, and her two brothers, William Moreland King and Jim King. A graveside funeral service will be held Saturday, October 29, at 11:00 AM in Lawrenceville for the immediate family. In lieu of flowers, contributions may be made to The Westminster School. Online condolences can be expressed at www.wageandsons.com.