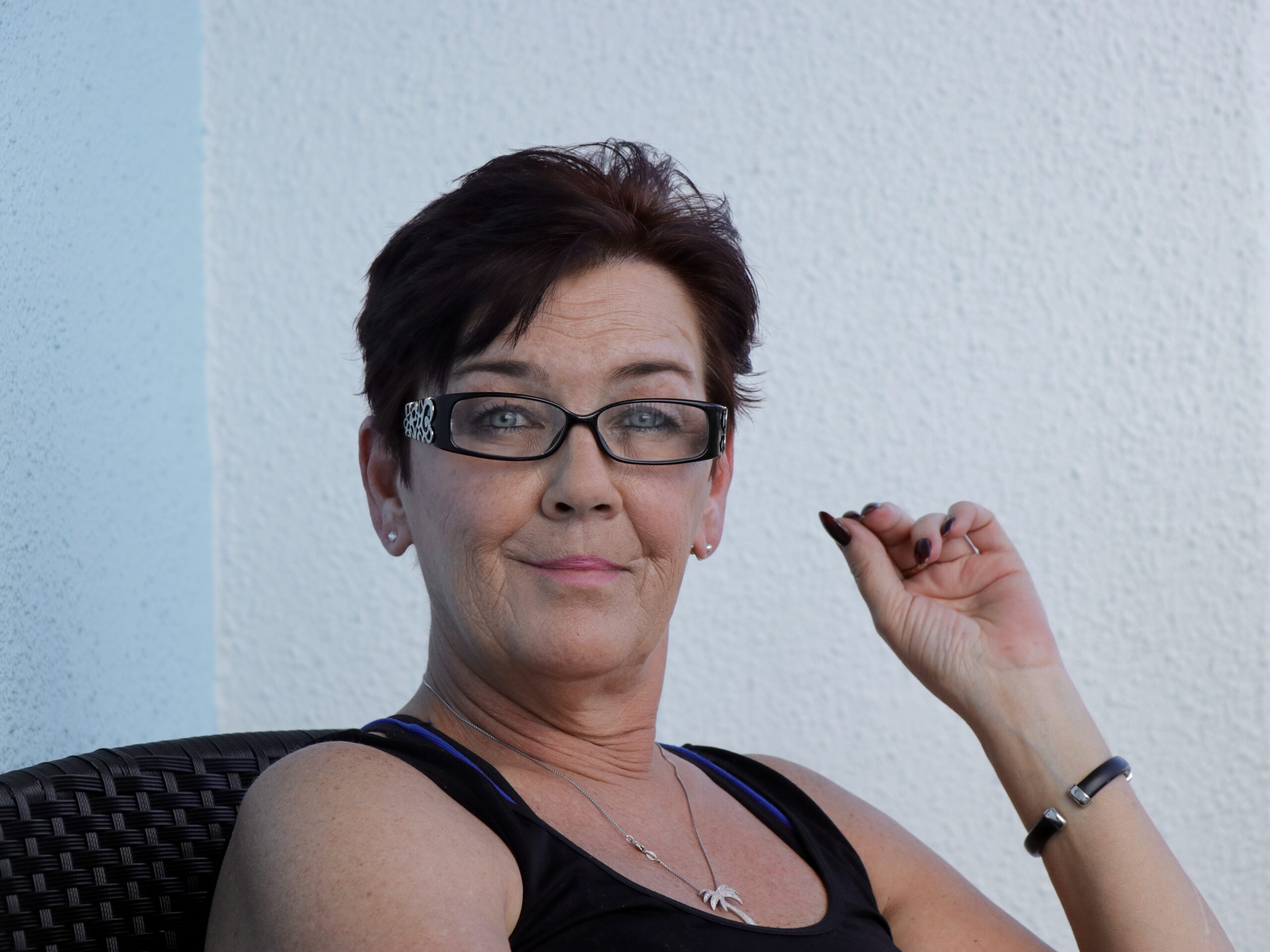 Darlene Sara Stapp passed away on Thursday, May 27th at her home in Conyers, GA at the age of 60.

A fierce, vivacious woman, Darlene was full of life and had the most magnetic blue eyes any woman could only dream of having. She spent her entire life in the Metro Atlanta area, growing up in Tucker, GA and attending Shamrock High School. Since 2011, she had resided in Conyers, GA. Anyone who knew or came in contact with Darlene quickly knew she was an immensely strong woman who achieved and conquered any burden she faced in life.

She loved palm trees, the beach and the sound of waves crashing in the ocean. Her favorite place to vacation was Clearwater Beach, FL. A huge fan of the game of baseball, she passionately rooted for the Atlanta Braves. She also loved music and she liked it loud – especially classic rock. Some of her favorite artists were AC/DC, Pink Floyd, Lynyrd Skynyrd, Michael Jackson and Eric Church. She also loved spoiling her beloved dogs, Molly and Pickles.

The pride and joy of her life was her son, Preston Bonner. They had an inseparable bond that any mother would be envious of and spoke multiple times every single day. Preston was very much looking forward to taking his mother back to Braves games this summer as well as resuming their annual trip to Clearwater Beach this September.

Darlene was diagnosed with Stage III lung cancer in July 2019. She took the battle head-on and at the time of her passing, the cancer was stable and she was in very high spirits, a testament to her inner fight and belief in the “Wellness Program” that she and her son set in motion soon after her diagnosis.

Darlene will be missed tremendously by all that knew her. The world has lost a true lion of a woman.

Darlene is survived by her loving son Preston Warren Bonner, of Alpharetta, GA; her long-time partner Robert “Mitch” Mitchell, of Conyers, GA; her beloved cousin Chris Butler as well as many other friends and family members.