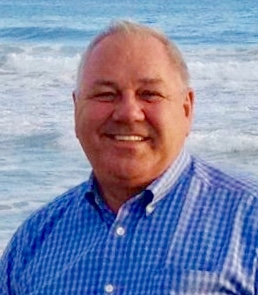 Dr. Richard Merle Reasoner, 71, of Buford, Georgia, passed away July 27, 2018, at his home. He was born December 6, 1946, to Marie Wilson and Claude Reasoner in Des Moines, Iowa. He served in the United States Navy from 1965-1969 aboard the aircraft carrier USS Lexington. He was a graduate of Baptist Bible Institute (now known as The Baptist College of Florida in Graceville); Southwest Baptist University in Bolivar, Missouri; Midwestern Baptist Theological Seminary in Kansas City, Missouri, earning a Masters of Divinity; The University of Missouri in Kansas City, earning a Masters of Arts in Counseling and a Ph.D. in Psychology; and he also held a Masters of Arts in Psychopharmacology. Over his career, he served as pastor of several churches in Florida and Missouri. From 1987-1991, he worked for the Atlanta-based Southern Baptist Home Mission Board (now known as North American Mission Board) as the Director of Counseling Services. Most recently, he was the Director of Christian Counseling and Psychological Services in Suwanee, Georgia. Dr. Reasoner was currently serving as a Board Member of Passion Play Ministries International, which is based in Aztec, New Mexico. He traveled the world in support of the organization’s ministries to spread the gospel. Thousands of people worldwide have come to know the Lord through the efforts of this ministry. Dick loved to travel, was a voracious reader, spent lots of time on the lake, and most of all, he adored his family. His laugh was infectious. He loved telling jokes and making people laugh. When he was in the hospital, he was the one ministering to the staff and nurses. His deep faith and his love for Jesus were expressed through serving and helping others every day of his life. Even though he had extensive theological training, his goal was simple. He lived for God’s smile each and every day. He is survived by his wife, Debbie Wohler Reasoner; his two sons, Rich and Rob Reasoner; grandsons, Kole and Elijah Reasoner of Sugar Hill, Georgia, and Mark, Brett, and Gantt Reasoner of Raleigh, North Carolina; daughter in law, Jennifer Reasoner of Raleigh, North Carolina; brothers C. Dennis Reasoner and Robert Howell of Des Moines, Iowa; sisters Sharon McFall of Aztec, New Mexico, Debbie Davis and Donna Reasoner of Des Moines, Iowa. He was preceded in death by his first wife, Elizabeth Diane Reasoner, who died April 1, 2007. Expressions of sympathy may be sent to the Reasoner family, 5972 Island View Drive, Buford, Georgia, 30518. In lieu of flowers, the family suggests donations to Passion Play Ministries International, PO Box 1697, Aztec, New Mexico, 87410, or you may donate online at passion-play.org