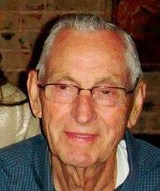 Eugene (Gene) Clinton Pitcher, Sr, 86, passed away on May 23, 2014.  Gene was born in Spokane, WA.  He served in the U.S. Army during both World War II and the Korean War.  He was an independent business owner most of his life, and was the founding partner of Fastool Warehouse in Atlanta, where he remained a partner until his retirement.  An avid lover of nature and wildlife, he was a long time resident of Lawrenceville, GA. He is survived by his wife of 62 years, Betty and his 3 sons Eugene Jr (Springfield, TN), Michael (Cary, NC) and David (Suwanee, GA); 7 grandchildren and 2 great-grandchildren. Services will be on Saturday, May 31 at Wages and Sons Gwinett Chapel.  Visitation will begin at noon, followed by a memorial service at 1 PM.  Interment will be Monday, June 2, 2014 at 12:00 P.M. at Georgia National Cemetery in Canton, GA. In lieu of flowers, the family suggests that donations be made to your favorite charity