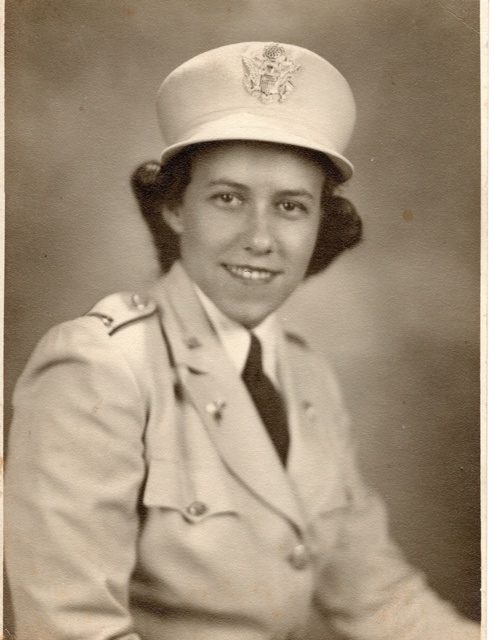 Frances Lake VanDyke Scroggs, of Snellville, went to be with the Lord on Saturday, June 28, 2014.  Mrs. Scroggs was born December 9, 1918, in Tazewell, VA, to Floyd and Lula VanDyke. After graduating from Lewis Gale Nursing School in Roanoke, VA, she joined the Army Nurse Corps. She served our country as a First Lieutenant during World War II with the 148th General Hospital on the island of Saipan. Mrs. Scroggs lived most of her life in Stone Mountain with her husband, Edwin Scroggs. In addition to her parents and husband, she was preceded in death by her stepmother, Nora VanDyke; her sister, Evelyn Kade; and her brothers, Buford VanDyke, Charles Belcher, Walter Belcher, Larry Belcher, and Bobby VanDyke.   Mrs. Scroggs is survived by her son, Darryl (Marla) Scroggs, Loganvilee, GA; her grandchildren, Brittany (Adam) Price, Sandersville, GA, and Tyler (Erin) Scroggs, Milledgeville, GA; her grandchildren, Isabella Price and Hudson Price; her brothers Dr. James (Rosemary) VanDyke, Rome, GA, and Van (Mozelle) VanDyke, Orlando, FL; and many nieces and nephews

A memorial service will be held on Wednesday, July 2, 2014   at 2 p.m., at Wages and Sons Funeral Home in Stone Mountain. The family will receive friends at the funeral home 1 hour before the service.