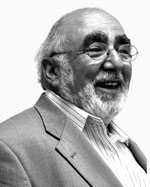 Dick Gallo, 72 Atlanta resident and Virginia-Highland neighbor, Richard L. "Dick"Gallo, 72, died Wednesday, September 19th, 2012 at Emory hospital.Mr. Gallo was born April 5th, 1940 in Brooklyn, New York to Carl and Fay Gallo.Dick earned a Bachelor of Science degree in marketing from VirginiaTech and later completed his Master's degree in OrganizationalPsychology from West Georgia College.He served in the U.S. Navy during the Vietnam War, before becoming a product manager at Owens Corning. He moved to Georgia in the late60's and settled in Atlanta, where he was devoted to his beloved neighborhood of Virginia Highlands. Dick founded Stuart Compton in 1969 and built an executive searchboutique that specialized in mid-level nonprofit and corporate talent.He had been a member of the Society of Human Resource Professionals since 1975 and the Inter-City Personnel Associates network since 1978.In addition to his professional associations, Dick was an active community volunteer in social services and the arts, having worked over the years with the Joseph B. Whitehead Boys and Girl Club, the Atlanta Chamber of Commerce, Hillside Children's Psychiatric Hospital Mentor Program, DeKalb Addiction Center, Horizon Theatre, and was a co-founder of Friends of The Atlanta Opera. Dick was an avid biker and runner, participating in numerous Peachtree Road Races, jump starting the informal Virginia Highlands Running Club, and completing numerous bike races, including most recently the New York Century Bike Tour. He was a serious, yet experimental cook who relished impromptu dinner parties at his home and a consummate host. Perhaps most of all, Dick was a rabid sports fan and religiously followed the Hokies, the Falcons, the Hawks, and the Dream, among many other teams.He is survived by his sister, three nephews, and countless friends.Condolences may be sent to: Family of Dick Gallo 3649 Chattahoochee Summit Dr. Atlanta, GA 30339. A gathering to celebrate Dick's life is scheduled October 13th. Call 404-664-6170 for details. Memorials may be sent to the Joseph B. Whitehead Boys and Girls Club 1900 Lakewood Ave. Atlanta, Georgia 30315