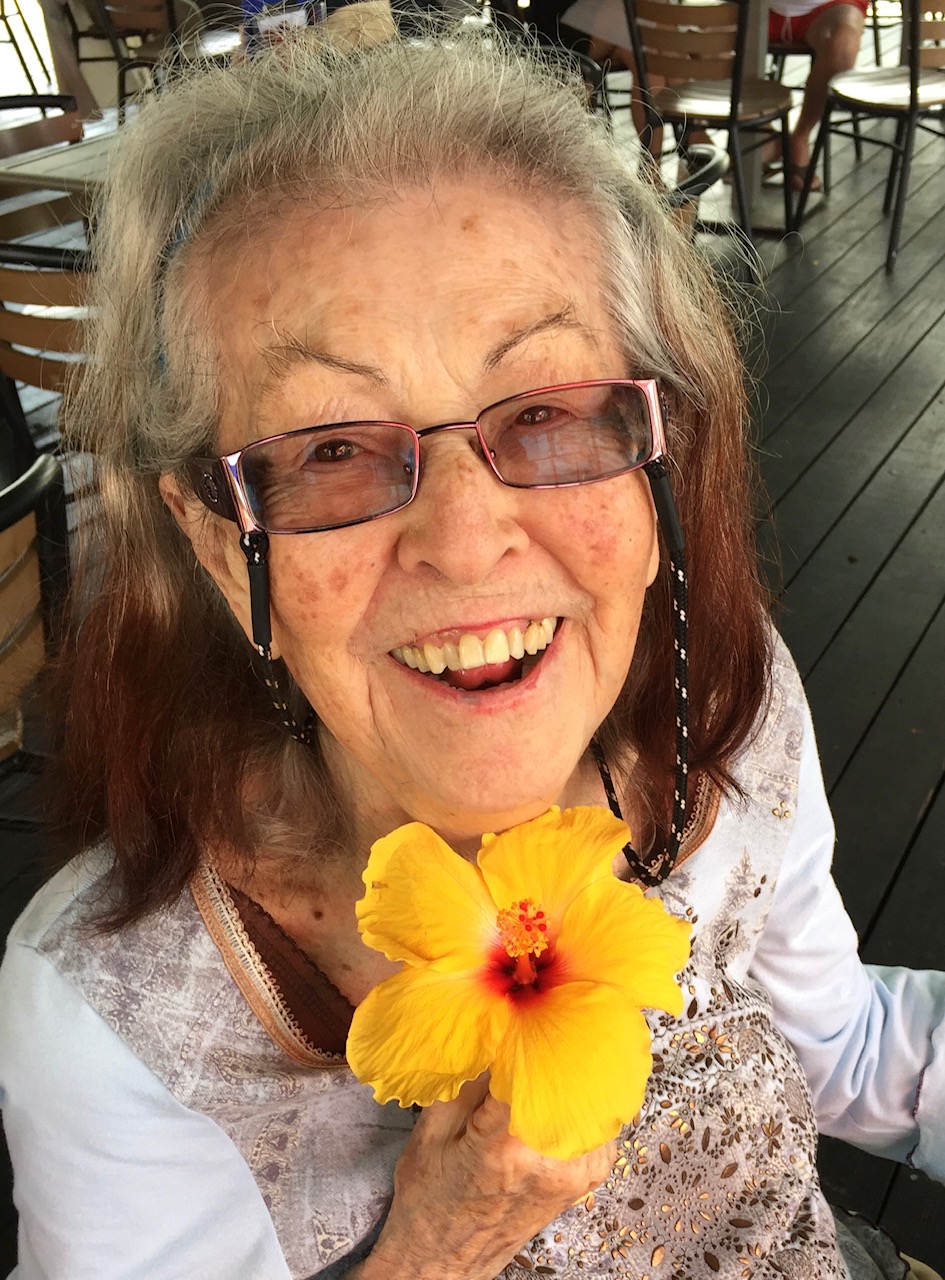 Jacqueline (Jackie) H. Tapken, 93, of Flowery Branch, Georgia passed away on January 3, 2020. She had recently resided in Hoschton at the Oaks of Braselton.

Jackie was born Jacqueline Caye Hopkins to Helen Manley Hopkins and Frederick F. Hopkins in Hartford, Connecticut on April 28, 1926. She worked for Northeast Utilities for 40 years, then retired from the company in the early 1980s. She was married to Warren Tapken from1954 until his death in 1986.

She resided for a number of years in Oldsmar, Florida. She was an avid golfer, owned horses, and raised Wire-haired Fox Terriers. Jackie traveled the world and created a large collection of painted scenes of the places she visited. She made lifelong friends in her travels to places like Malaysia, Australia, and India.

In 2006, Jackie relocated to Flowery Branch to be near family and friends. She soon began a new life chapter and married the love of her life, Billy Beaver on May 17, 2006. Billy and Jackie were devoted to each other. They traveled to a variety of countries together and both enjoyed participating in events at the Yaarab Shrine Temple in Atlanta. She was a member of the Flowery Branch United Methodist Church.

Jackie’s loquaciousness was legendary. She loved dressing for and attending social events, enjoyed a good scotch, delighted in young children, and engaged life to the fullest. Jackie’s wit and zest for life will be missed by all who knew her.

Jackie will be interred at Curlew Hills Memory Gardens in Palm Harbor, Florida. If desired, friends may make contributions to Shriner’s Hospitals for Children or the Alzheimer’s Association.