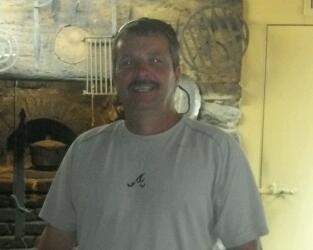 James Barton “Bart” Harris, age 47, of Stone Mountain, Georgia passed into his Savior's arms on December 10, 2014 after a lengthy battle with cancer. He was preceded in death by his mother, Georga Ann Harris and his sister, Amalyn Coleman Harris. He was the proud father of Christopher James Harris and grandfather of Landen James Harris and Madison Joe-Ann Harris. He is survived by his father Bobby Joe Harris, uncle Roger Harris, sisters Molly Rene Harris and Amy Michelle Harris, and brother George Shannon Harris. Bart was born on October 24, 1967 in Greenville, South Carolina and is a 1985 graduate of Excel High School in Excel, Alabama. A celebration of Bart’s life will be held on Saturday, December 13, 2014 at noon with a memorial service at 2 p.m. at Wages and Sons Funeral Home in Stone Mountain, Georgia. A funeral service will be held on Tuesday, December 16, 2014 at noon at the First Baptist Church in Excel, Alabama. In lieu of flowers, donations to Emory Winship Cancer Institute are requested.