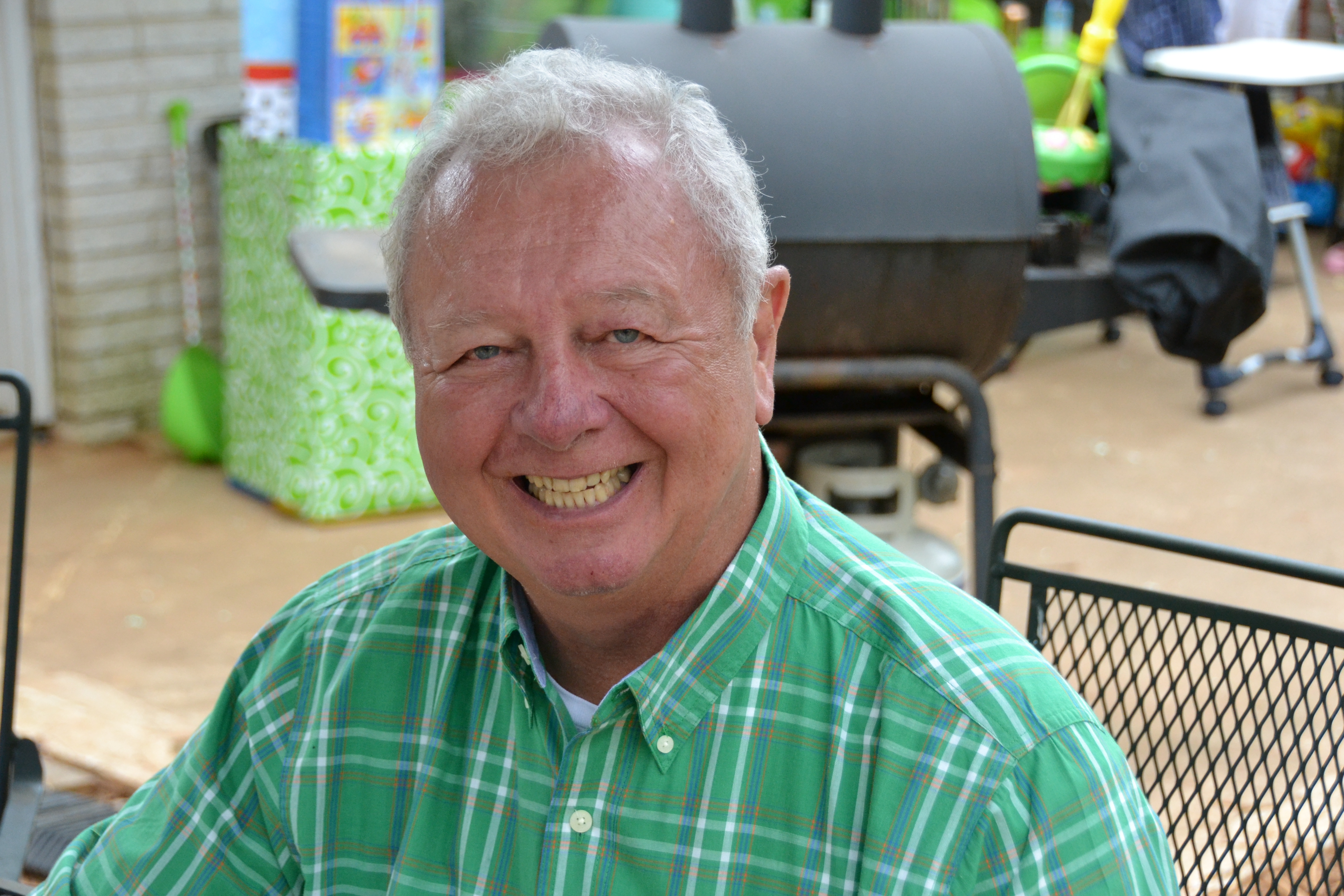 Jerry Goebel, aged 71, passed away peacefully after his battle with cancer, on April 24th, surrounded by his Janabee and girls. He was born on September 14, 1945 in Chillicothe, Ohio – the youngest of four sons born to Leora and Ernie Goebel. He graduated from Ohio State University where he founded the Insurance Club, served his country with a tour in Vietnam, and dedicated his career to Nationwide Insurance where he continued to advance with professional certifications and awards and retired as Vice President. In 1967, Jerry married his high-school sweetheart, Janet Miller, and together they moved eight times, creating homes and building lifelong friendships in Ohio, Pennsylvania, Florida, South Carolina and Georgia. During most of that time, he kept a keg of Miller Lite in the garage in his hand-made beer fridge, with his (rather large) mugs ever ready for his “partners”. He was beloved; he listened and guided and seldom judged. He loved to fish and hunt, golf, cook on his Green Egg and watch his Buckeyes play. A closet intellectual and historian, Jerry was an avid reader. (He could quote from the Bible and Odysseus but seldom did; in fact, he preferred telling his corny jokes.) He worked hard, cultivated friend groups, adored and cared for his family. Known for his every present smile and optimism, he was apt to point out that we all have the same amount of time each day, it’s how we use it. Jer Bear used his time and gifts wisely. Jerry was the last of the Goebel Four – preceded in death by his three brothers, Mike, Tim, Pat and his “partners” who have gone before. He is survived by: his wife, Janet, three daughters (Stephanie, Nikki, and Kelli) and their husbands (Bryan, Shawn, and John), eight grand-children (Rebecca, Harrison, Connor, Ryan, Kevin, Cooper, Sarah, and Matthew), and many, many “partners”. The service will be held at Cannon United Methodist Church on May 6, at 4pm; followed by a celebration at their home. In lieu of flowers, please raise a glass and toast him. As Jerry would say, “your friendship is enough.” But if you insist, please consider a donation to American Cancer Society, Ducks Unlimited or the NRA.