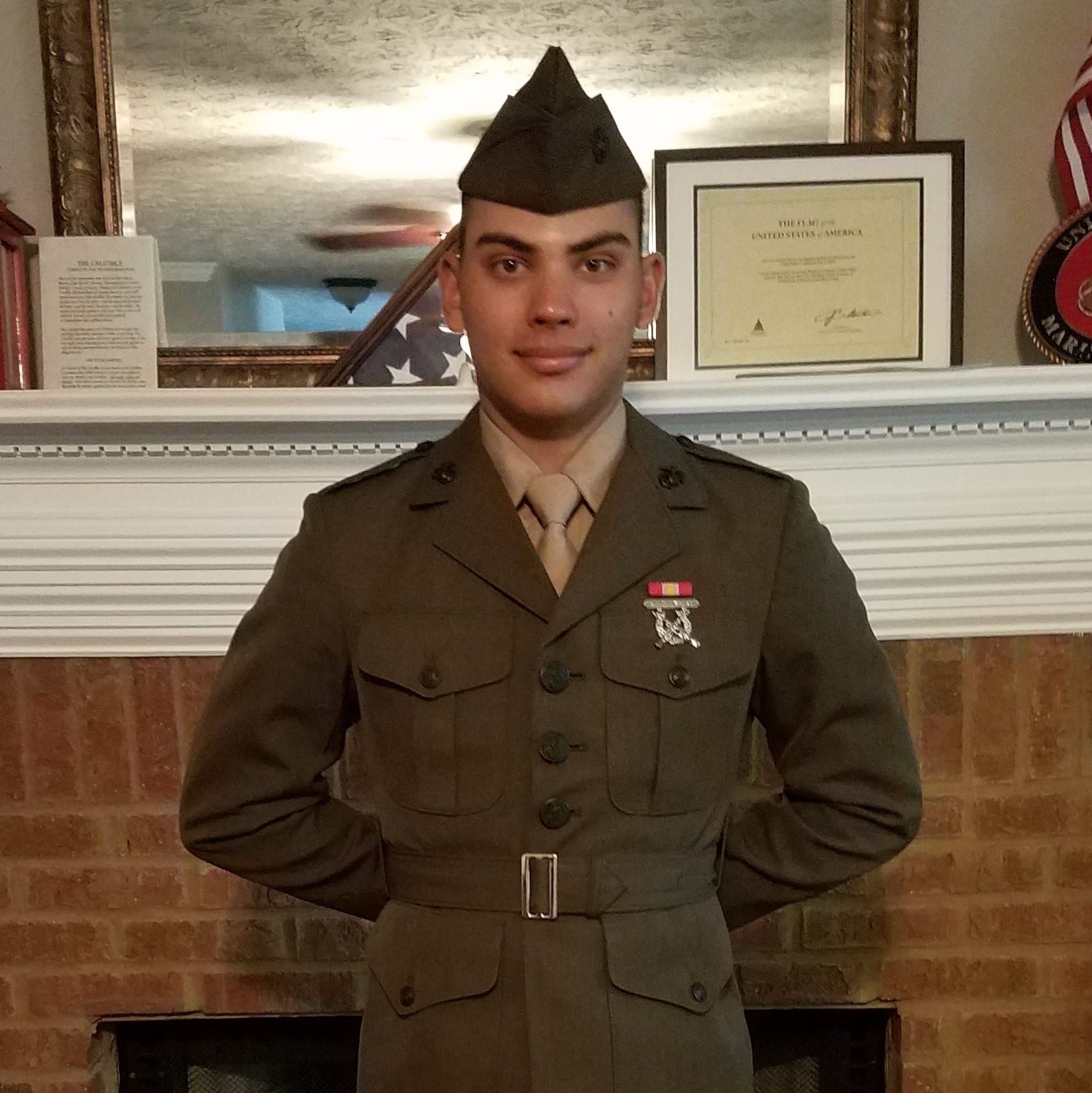 Jonathan was born in Portsmouth VA, he was the youngest of two children. He attended and graduated from Collins Hill High School in Lawrenceville, GA.

At Collins Hill High School he completed 4 years of Air Force JROTC. In that time he was a multi national award winner, receiving community service national award, American Legion national award for excellence, and Tuskegee Airman award for national recognition, as well as countless drill competition accolades, awards and trophies. He was part of the Drill team & Color Guard, even went to UNG for drill camp. He was a leader and a mentor to so many and has left a lasting impact on the current upperclassmen.

Jonathan said he always knew he wanted to do something special and meaningful with his life. Due to the military influence surrounding him, I think he felt it was sort of a calling. He was always so disciplined & had great military bearing, we knew that aspect of the military would be easy. Whenever he would write home while in Marine Corps Recruit Training, he always made it sound like it really wasn’t as hard as everyone made it out to be. Tough, disciplined, well behaved, & had a quirky sense of humor, but no matter where he went, he was sure to make friends. Jonathan enjoyed working out, gaming, music, guitar and drums.